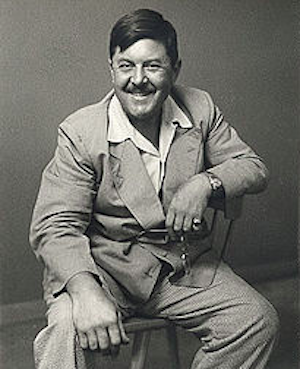 
Philip Evergood was born in New York City. His mother was English and his father, Miles Evergood, was an Australian artist of Polish Jewish descent who, in 1915, changed the family's name from Blashki to Evergood. Philip Evergood's formal education began in 1905. He studied music and by 1908 he was playing the piano in a concert with his teacher.


He attended different English boarding schools starting in 1909 and was educated mainly at Eton and Cambridge University. In 1921 he decided to study art, left Cambridge, and went to London to study with Henry Tonks at the Slade School.


In 1923 Evergood went back to New York where he studied at the Art Students League of New York for a year. He then returned to Europe, worked at various jobs in Paris, painted independently, and studied at the Académie Julian with André Lhote. He also studied with Stanley William Hayter at Atelier 17; Hayter taught him engraving.


He returned to New York in 1926 and began a career that was marked by the hardships of severe illness, an almost fatal operation, and constant financial trouble.


It was not until the collector Joseph H. Hirshhorn purchased several of his paintings that he could consider his financial troubles over. Evergood worked on WPA art projects from 1934 to 1937 where he painted two murals: The Story of Richmond Hill (1936–37, Public Library branch, Queens, N.Y.) and 'Cotton from Field to Mill (1938, post office in Jackson, Ga.). He taught both music and art as late as 1943, and finally moved to Southbury, Connecticut, in 1952. He was a full member of the Art Students League of New York and the National Institute of Arts and Letters. He was killed in a house fire in Bridgewater, Connecticut, in 1973 at the age of 72. He is buried in Green-Wood Cemetery, Brooklyn.


A New York City police officer was killed in the line of duty at Evergood's house located at 132 Bank Street, Greenwich Village on August 17, 1947. Police Officer Thomas J. Gargan, responding to a neighbor's call reporting a burglary, was fatally shot in the chest and his partner was wounded by the burglar. Gargan was posthumously awarded the Daily News Hero Award. It was the second time he had won this award. The burglar used a single shot signal flare gun (sawed off shotgun) he had found in the house. He was sentenced to death and executed in 1948. Evergood was charged with violating the Sullivan Act for failing to register the gun. He was acquitted by a three judge panel.


Though he experimented with etching and lithography in the 1920s, he did not begin to devote himself on a large scale to original printmaking until after 1945. At this time he studied printmaking techniques at the New York studio of Stanley William Hayter. During the following twenty-five years he produced many works of art in both lithography and etching.