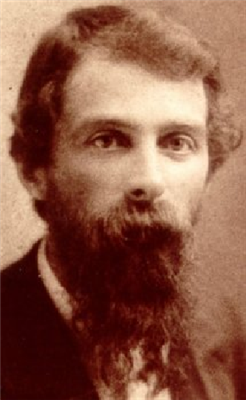 Giuseppe Pellizza da Volpedo (28 July 1868 – 14 June 1907) was an Italian divisionist painter. He was born and died in Volpedo, in the Piedmont region of northern Italy.


Pellizza was a pupil of Pio Sanquirico. He used a divisionist technique in which a painting is created by juxtaposing small dots of paint according to specific color theory. Although he exhibited often, his work achieved popularity in death through their reproduction in socialist magazines and the acclaim they received from 20th century art critics.


Giuseppe Pellizza was born in Volpedo, of the Province of Alessandria on July 28th, 1868, to Pietro and Maddalena Cantù and into a wealthy peasant family. He attended the technical school of Castelnuovo Scrivia, where he learned the first elements of drawing. Thanks to the knowledge gained with the commercialization of their products, the Pellizzas contacted the brothers Grubicy, who promoted the enrollment of Giuseppe in the Brera Academy. There, Pellizza was a student of Giuseppe Bertini.


At the same time, he received private lessons from the painter Giuseppe Puricelli, followed by lessons from Pio Sanquirico. He exhibited for the first time in Brera in 1885. Ending his studies in Milan, Pellizza decided to pursue an formative apprenticeship in Rome, at first at the Accademia di San Luca and then at the life drawing school of the French Academy in Rome at the Villa Medici.


Disappointed by Rome, Pellizza abandoned the city before expecting to go to Florence, where he attended its Accademia di Belle Arti as the student of Giovani Fattori. At the end of the academic year, he returned to Volpedo with the aim of dedicating himself to realist painting through the study of nature. Not satisfied with his achieved preparation, he went to Bergamo. There, at the Accademia Carrara, he attended private courses of Cesare Tallone. Then he attended the Accademia Ligustica di Belle Arti in Genoa. At the end of this last apprenticeship, he returned to the region of his birth, where he married a woman from there, Teresa Bidone, in 1892. In the same year, he began to add "da Volpedo" to his signature.


In 1898, he participated in the Esposizione generale italiana [it] in Turin. His pictures in these years progressively abandoned impastoed painting to adopt divisionism, an artistic technique based on the division of colors through the use of small points and lines. Pellizza was confronted with other pictures that used this technique, above all those of Giovanni Segantini, Angelo Morbelli, Vittore Grubicy de Dragon, Plinio Nomellini, Emilio Longoni and Gaetano Previati. In 1891, he exhibited in the Triennale di Milano to a greater public. He continued his journey throughout Italy at the "Esposizione Italo-Colombiana" in Genoa in 1892 and then a new 1894 exhibition in Milan.


Pellizza returned to Florence in 1893, where he attended the Istituto di Studi Superiori and went on to visit Rome and Naples. In 1900, he exhibited his Lo speccio della vita in Paris, and finished The Fourth Estate, to which he had dedicated ten years of study and work. The Fourth Estate, exhibited the next year in the Quadriennale di Torino, did not achieve the recognition he hoped for, and sparked confusion and criticism from even his friends.