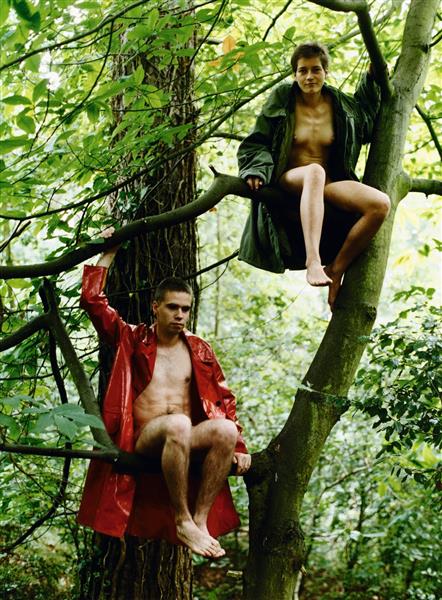 Contemporary art is the art of today, produced by artists who are living in the twenty-first century. Contemporary art provides an opportunity to reflect on contemporary society and the issues relevant to ourselves, and the world around us. Contemporary artists work in a globally influenced, culturally diverse, and technologically advancing world. Their art is a dynamic combination of materials, methods, concepts, and subjects that challenge traditional boundaries and defy easy definition. Diverse and eclectic, contemporary art as a whole is distinguished by the very lack of a uniform, organizing principle, ideology, or ‘ism.’ Contemporary art is part of a cultural dialogue that concerns larger contextual frameworks such as personal and cultural identity, family, community, and nationality.

Some define contemporary art as art produced within "our lifetime," recognizing that lifetimes and life spans vary. However, there is a recognition that this generic definition is subject to specialized limitations.

Particular points that have been seen as marking a change in art styles include the end of World War II and the 1960s. There has perhaps been a lack of natural break points since the 1960s, and definitions of what constitutes "contemporary art" in the 2010s vary, and are mostly imprecise. Art from the past 20 years is very likely to be included, and definitions often include art going back to about 1970; "the art of the late 20th and early 21st century"; "the art of the late 20th cent. and early 21st cent., both an outgrowth and a rejection of modern art"; "Strictly speaking, the term "contemporary art" refers to art made and produced by artists living today"; "Art from the 1960s or [19]70s up until this very minute"; and sometimes further, especially in museum contexts, as museums which form a permanent collection of contemporary art inevitably find this aging. Many use the formulation "Modern and Contemporary Art", which avoids this problem. Smaller commercial galleries, magazines and other sources may use stricter definitions, perhaps restricting the "contemporary" to work from 2000 onwards. Artists who are still productive after a long career, and ongoing art movements, may present a particular issue; galleries and critics are often reluctant to divide their work between the contemporary and non-contemporary.