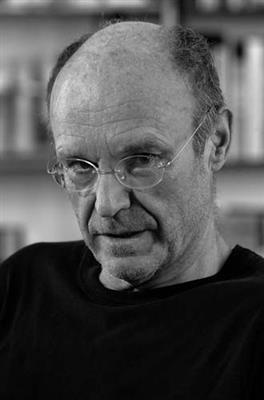 Anselm Kiefer (born 8 March 1945) is a German painter and sculptor. He studied with Joseph Beuys and Peter Dreher during the 1970s. His works incorporate materials such as straw, ash, clay, lead, and shellac. The poems of Paul Celan have played a role in developing Kiefer's themes of German history and the horror of the Holocaust, as have the spiritual concepts of Kabbalah.


In his entire body of work, Kiefer argues with the past and addresses taboo and controversial issues from recent history. Themes from Nazi rule are particularly reflected in his work; for instance, the painting "Margarethe" (oil and straw on canvas) was inspired by Paul Celan's well-known poem "Todesfuge" ("Death Fugue").


His works are characterised by an unflinching willingness to confront his culture's dark past, and unrealised potential, in works that are often done on a large, confrontational scale well suited to the subjects. It is also characteristic of his work to find signatures and/or names of people of historical importance, legendary figures or historical places. All of these are encoded sigils through which Kiefer seeks to process the past; this has resulted in his work being linked with the movements New Symbolism and Neo–Expressionism.


The son of a German art teacher, Kiefer was born in Donaueschingen two months before the end of World War II. In 1951, his family moved to Ottersdorf, and he attended public school in Rastatt, graduating high school in 1965. He entered University of Freiburg, and studied pre-Law and Romance languages. However, after 3 semesters he switched to Art, studying at Art academies in Freiburg, Karlsruhe, and Düsseldorf. In Karlsruhe, he studied under Peter Dreher, an important realist and figurative painter. He received an Art degree in 1969.


Kiefer moved to Düsseldorf in 1970. In 1971 he moved to Hornbach, in southwestern Germany, where he established a studio. He remained there until 1992; his output during this first creative time is known as The German Years. In 1992 he relocated to France.


Kiefer began his career as a photographer with performances in which he, in paramilitary costume, mimicked the Nazi salute on various locations in France, Switzerland and Italy calling for Germans to remember and to acknowledge the loss to their culture through the mad xenophobia of the Third Reich. In 1969, at Galerie am Kaiserplatz, Karlsruhe, he presented his first single exhibition "Besetzungen (Occupations)" with a series of photographs about controversial political actions.


Kiefer is best known for his paintings, which have grown increasingly large in scale with additions of lead, broken glass, and dried flowers or plants, resulting in encrusted surfaces and thick layers of impasto.


By 1970, while studying informally under Joseph Beuys at Kunstakademie Düsseldorf, his stylistic leanings resembled Georg Baselitz's approach. He worked with glass, straw, wood and plant parts. The use of these materials meant that his art works became temporary and fragile, as Kiefer himself was well aware; he also wanted to showcase the materials in such a way that they were not disguised and could be represented in their natural form. The fragility of his work contrasts with the stark subject matter in his paintings. This use of familiar materials to express ideas was influenced by Beuys, who used fat and carpet felt in his works. It is also typical of the Neo-Expressionist style.