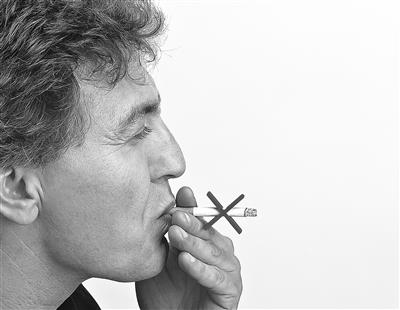 Alfio Giuffrida (born 28 January 1953) is a contemporary Italian sculptor, object and installation artist, set designer and painter. He is one of the artists who consciously refused to bow down to the current trends in order to create a highly distinct, coherent piece of work. Giuffrida who comes from Catania initially worked in Rome until he relocated to Germany in the mid eighties.


During the self-imposed exile in the foreign language environment, he developed his artistic vocabulary with which he formulated his own cosmos. With the Adjustable Elements, Giuffrida bypassed the boundaries of the term “sculpture” known until then. Ambiguity and variability become basic principles which constitute Giuffrida’s sculptures as well as his paintings.


Giuffrida was born in Zafferana Etnea. His relationship to art could be described as scientific, even at a very young age: he applied himself with persistent dedication to drawing, painting and constructing. A scale model reproduction of the church in his home town became a research project lasting years. He kept destroying the work, so that he could start it immediately from scratch again taking lessons from his previous experimentation, applying even greater precision and oriented more closely to reality.
The uncompromising striving for perfection, aiming at the best possible expression of his creative visions, would always stay with him in years to come as well.


In his early youthful phase Giuffrida primarily approached nature and man’s creative potential in his painting, and these remained a constant reference point in his art in the years ahead. He experimented with the possibilities of painting and collage techniques. His paintings tend to feature calm, predominantly blue spaces, punctuated by white light reflexes that constantly reoccur in his later work. The blister packing he adds to the pictures evokes the image of a computer keyboard, and also looks like a picture taken from space of geographical and city structures, a bird’s eye photo of urban landscapes seen through a lunar filter.


A period of intense nature studies followed these works, though he did not formulate them as naturalistic reproductions but instead took them in an abstract direction. With scientific precision, he examined plant structures in particular, dissecting organic material and making cross sections in natural tissue in order to study the essence of things and figure out the basic nature of form. Giuffrida understood the minutiae at the heart of the elements he analysed as fundamental forms of nature, which are combined in natural creation in myriad, endlessly varied formations. He reduces these basic shapes to geometric patterns which he captures in small square pictures in equally diverse variations. These mainly take the form of black-and-white dabbed paintings, some of which are on transparent paper that seems to correspond to the materiality of the diaphanous floral tissue. It is at this point that he begins to be captivated by the technical quality and effect of transparency, another guiding principle running consistently through Giuffrida’s art and his constant search for the best forms of expression for the wide range of materials suited to him.