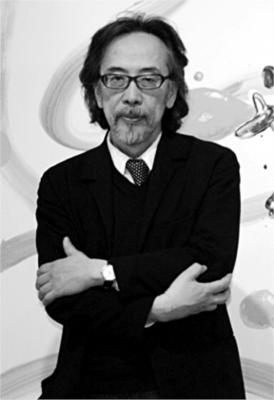 Aki Kuroda, well known for his silhouettes and figures painted with line strokes, which has been considered like a symbol of “passage” to the labyrinth. Since 1992, he has continued to produce a fluxional interactive art spectacle/installation named "COSMOGARDEN" (the cosmic garden).