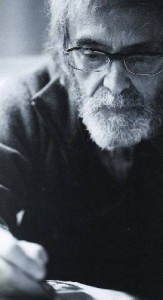 Damian enrolled at the School of Architecture in Bucharest in 1941. In that same year he made his debut at the Salonul Official de Pictura at Sala Dalles in Bucharest. His first one-man show took place at the Ateneul Roman in Bucharest in 1942. He was awarded the Anastase Simu Prize for painting. In 1946, he won a scholarship to Paris, where he later settled.

After a few months with André Lhote he worked with Daniel Lager in 1949-50 and then studied with Auguste Herbin, becoming acquainted with Piet Mondrian's work through Felix del Marle (1889–1952). This encounter with abstract art led to his first truly original paintings, such as Starry Night, which consists of a geometric arrangement of white dots.

He destroyed most of the works he produced during the second half of the 1950s, an experimental period for him. His works of the early 1960s, executed in oil on a polyester base, are in a gestural, impasto style close to Tachism, as in Constellation.

By the late 1960s, his work had become increasingly geometric and sculptural, as exemplified by the Throne series; these are not free-standing sculptures, but rather set against plain backgrounds. The first of his large-scale monuments, 'Galaxy', a project for a Monument at Houston, Texas, was designed in 1972 and constructed in 1974 at the Neue Galerie in Aachen. Several further monuments in the Galaxy series were constructed, others remaining as maquettes. His fascination with the monumental continued in 'The Hill', constructed for the Solomon R. Guggenheim Museum in New York from styrofoam covered with tiny paper spheres and then painted yellow. This was followed by similar monuments, such as that for San Francisco, which is illustrated in the gouache Project for San Francisco.