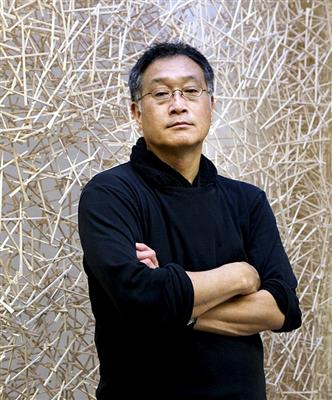 
Born in Mikasa City / Hokkaido, Kawamata graduated from Hokkaido Iwamizawa Higashi High School in 1972. In 1984 he obtained a doctorate from the Tokyo University of the Arts. he was chosen to take part in the Venice Biennale and, in 1987, he took part in Documenta in Kassel.


He has been involved in numerous international exhibitions and has performed internationally; and was the director of the Yokohama Triennial in 2005. Professor at the Tokyo University of the Arts from April 1999 to March 2005, he has been teaching since 2007 at the École nationale supérieure des Beaux-Arts in Paris. He has also been invited teacher at the École Nationale Supérieure d'Architecture de Versailles -ENSAV-[1]