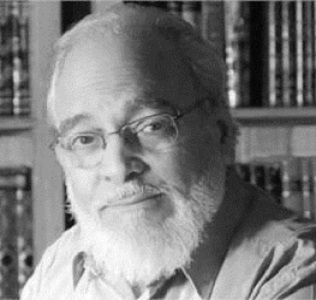 Ali Omar Ermes is a Libyan visual artist and writer.

Ali Omar Ermes (Arabic:علي عمر الرميص) is an artist, writer and community activist. Having spent a period in Libya during which he wrote constantly and published in Arabic, he continues to write on various issues in both Arabic and English, but today his primary focus is on conference papers. In his art, articles, ideas and speeches, he addresses a variety of social and cultural issues, including identity, language, education, art, media and community. In addition, he serves as chair of the Muslim Cultural Heritage Centre in Kensington, London.

Born in Libya in 1945, Ali Omar Ermes travelled to England to further his education; he earned his diploma in design at the Plymouth School of art and design in 1970 and later attended the Central School of Art in London for a short period. On his return to Libya, he wrote extensively and headed the visual arts section of All Arts magazine. In 1974 he was contracted to work as the visual arts consultant to the festival director for the World of Islam Festival (1976), preparing for exhibitions on Islamic art and culture and meeting artists and calligraphers, museum directors and various intellectuals across the Muslim world. He worked for a few years writing and researching, travelling frequently, on different artistic and publishing projects until 1981, when he decided to move to England where he lives today with his family. Over the years, Ermes has participated in various Muslim community projects, written about many important issues and has exhibited in some sixty to seventy exhibitions around the world.

Ermes participates in various social and cultural activities and endeavours. He is the chairman of the Muslim Cultural Heritage Centre (MCHC) in the Kensington and Chelsea Borough, London. The MCHC provides a wide range of social, cultural and educational training as well as religious facilities to people in North Kensington, London and the surrounding areas. .