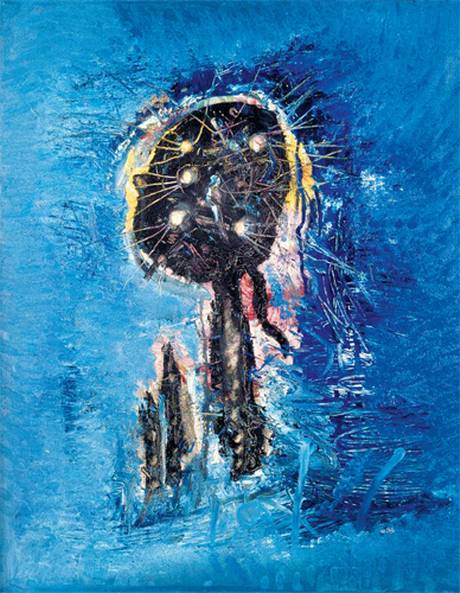 Tachisme (alternative spelling: Tachism, derived from the French word tache, stain) is a French style of abstract painting popular in the 1940s and 1950s. The term is said to have been first used with regards to the movement in 1951. It is often considered to be the European equivalent to abstract expressionism, although there are stylistic differences (American abstract expressionism tended to be more "aggressively raw" than tachisme). It was part of a larger postwar movement known as Art Informel (or Informel), which abandoned geometric abstraction in favour of a more intuitive form of expression, similar to action painting. Another name for Tachism is Abstraction lyrique (related to American Lyrical Abstraction). COBRA is also related to Tachisme, as is Japan's Gutai group.

According to Chilvers, the term tachisme "was first used in this sense in about 1951 (the French critics Charles Estienne and Pierre Guéguen have each been credited with coining it) and it was given wide currency by [French critic and painter] Michel Tapié in his book Un Art autre (1952)."

Tachisme was a reaction to Cubism and is characterized by spontaneous brushwork, drips and blobs of paint straight from the tube, and sometimes scribbling reminiscent of calligraphy.

Tachisme is closely related to Informalism or Art Informel, which, in its 1950s French art-critical context, referred not so much to a sense of "informal art" as "a lack or absence of form itself"–non-formal or un-form-ulated–and not a simple reduction of formality or formalness. Art Informel was more about the absence of premeditated structure, conception or approach (sans cérémonie) than a mere casual, loosened or relaxed art procedure.