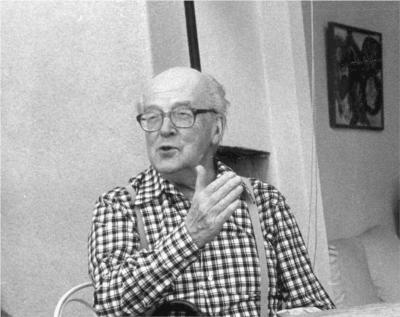 Jean Le Moal (30 October 1909 - 16 March 2007) was a French painter of the new Paris school, designer of stained glass windows, and one of the founder members of the Salon de Mai.

In 1939 Le Moal worked on the 1400sq.meter ceiling of the French Pavilion at the International Exhibition in New York.

In 1941 he exhibited in "XX jeunes peintres de tradition française", with Bazaine, Manessier, Singier, Pignon, Gischia, and in 1943 in "Douze peintres d’aujourd’hui" at Galerie de France. In 1945 he was a founding member of the Salon de Mai.

In the post-war years Jean Le Moal became established as a prominent figure in European painting. He exhibited throughout Europe and was also awarded the "Prix de la Critique" in 1953.

The artist’s work is represented in many museums including