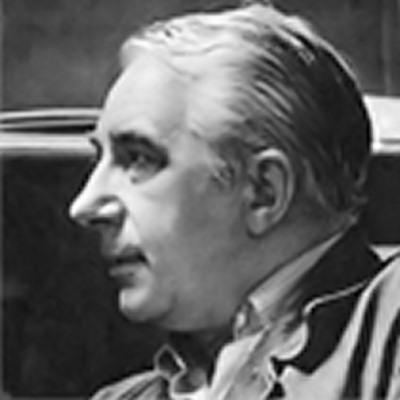 Gustave Singier was born in 1909 in Warneton, Belgium. He spent his childhood in German occupied Belgium. From the age of 14, Gustave Singier starts to paint. He follows courses at the Boulle School for 3 years, then he works as a designer of interior architecture and furniture until 1936. He designs and paints at the same time as he works. Singier meets the painter Charles Walch who encourages him and reveals to him the liberty of pictorial expression, natably that which concerns color. He participates in numerous Parisian Salons from 1936 - Salon des Independants, Salon d’Automne, Salon des Tuileries, etc. He becomes friends with Alfred Manessier and Le Moal whose research suits his own spirit. From this period, his pictorial evolution intertwines with that of Manessier, depending on one or the other’s need to find an objective support in variations of abstract colors or, on the contrary, make an effort a more complete liberation. Elevated by a poetic sensation, there is in this art a new impressionism that is similar to cubist qcquisitions. In 1941, Singier joins to a group of young artists that show their work in the exhibition ‘Vingt Peintres de tradtion francaise’ (Twenty Painters of the French Tradition) at the Braun Gallery, an exhibition that will defy the occupied Army. In 1945 he is one of the founding members of the Salon de Mai. As with other painters of his generation, Singier discovers Kandinsky, Klee, Mondrian; this new path, is the determining factor in liberating Singier from pictorial form. The work of Singier will separate itself from Manessier, as he finds his own personal qualities. Resorting to tachiste techniques, his art becomes more fluid, thanks to the effects of watercolor. This is where the artist excels. The work of Gustave Singier expands in diverse ways: from mural painting, tapestry, stain glass, mosaics, costumes and theatre set design, burin engraving, lithographs, to illustrated works. Gustave Singier will teach in Paris, at the Ranson Academy from 1951-1954, then at the School of Fine Arts from 1967-1978. Gustave Singier, French since his naturalisation in 1947, dies in Paris in 1984.

Gustave Singier (11 February 1909, Warneton – 5 May 1984, Paris) was a Belgian non-figurative painter active in France as part of the new Paris School of Lyrical Abstraction and the Salon de Mai.

He spent his childhood in German occupied Belgium, then moved to France in 1919. From the age of 14, he started to paint. In 1923 he enrolled as a student at the Boulle school, attending until 1926. From 1927, he worked as a draughtsman, designing interior architecture and furniture until 1936.

1936 could be considered to be a turning point in Singier's career as an artist: he met the painter Charles Walch who encouraged him as a painter, put him in contact with artistic circles and who began to exhibit Singier's work at numerous Parisian Salons from 1936.

In 1940, with World War II now underway, Singier was mobilized in the Belgian army and sent to Bagnols-on-Ceze after the German invasion of Belgium. From 1941 to 1944, Singier worked in the workshop of his cabinet maker father. In 1941, Singier joined a group of young artists who showed their work in the exhibition ‘Vingt Peintres de tradition francaise’ (Twenty Painters of the French Tradition) at the Braun Gallery, an exhibition in defiance of the Nazi military occupation.

In 1945 he was one of the founding members of the Salon de Mai. In common with many other painters of his generation, after the allied liberation of Western Europe, Singier discovered Kandinsky, Klee, Mondrian and - through them - abstract art.

In 1947 Singier was naturalized as a French citizen.

In 1949, he had his first solo exhibition at the Billiet-Caputo gallery.

Singier died on 5 May 1984. He is buried in Paris, in the Montparnasse Cemetery.