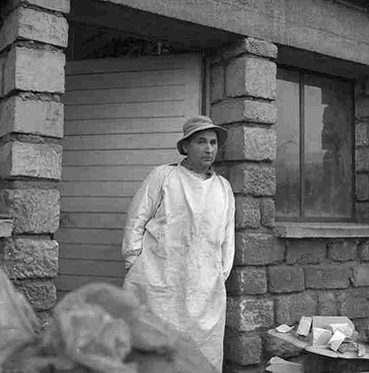 Étienne Hajdú (born István Hajdú; 12 August 1907 – 24 March 1996) was a Hungarian-born French sculptor of Jewish descent. After emigration to Paris in the 1930s, he became part of the Hungarian circle of artists and writers. He fought in the French Resistance during World War II.

He emigrated to Paris in the 1930s and became part of the Hungarian artistic circle there.

After the Fall of France, Hajdu became active in the Résistance movement. Numerous Jewish Hungarians, most of them artists and writers, were part of the Résistance. Many carried out their actions outside Paris, as foreigners had been formally evacuated with the outbreak of war in September 1939.