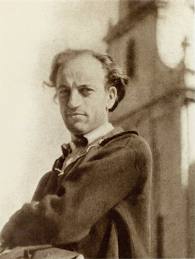 He was a student of István Csók at the Hungarian Academy of Fine Arts in 1927-30. He studied together with Dezsõ Korniss at Fernand Léger in Paris in 1930-34 where he was introduced to cubism and surrealism.

He lived and worked in Szentendre, Hungary. Following the method of composers Béla Bartók and Zoltán Kodály he collected folk art motifs in Szentendre and Szigetmonostor for his artworks.

His works can be found in museums and private collections, among them in the Hungarian National Gallery in Budapest and in the Vajda Lajos Museum in Szentendre, Hungary.