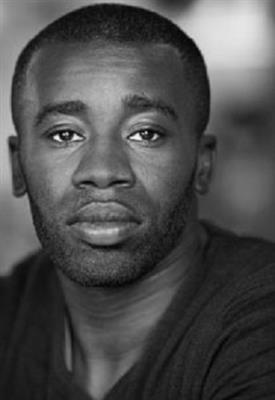 The first Black British artist to receive the prestigious Turner Prize, Chris Ofili is best known for his multi-layered paintings, made by a variety of unconventional materials, like map pins or elephant dung. He was also one of the Young British Artists (YBAs), a label applied to a group of artists from Britain who began exhibiting together in the late 1980s. Ofili participated in Brilliant! and Sensation, exhibitions that were associated with the YBAs. The artist gained international fame in 1999, when his painting, The Holy Virgin Mary (1996), became the subject of controversy during the Sensation exhibition at the Brooklyn Museum. The New York mayor at the time, Rudy Giuliani, called the painting 'sick' because of the use of elephant dung and demanded to remove it. The museum resisted Giuliani's demands, and the exhibition went on as planned.

Ofili was born in 1968 in Manchester, England. He received a BA Fine Art at Chelsea School of Art in 1991, and a MA Fine Art at Royal College of Art in 1993. In 1992, Ofili went on a research trip to Zimbabwe, which proved significant to his artistic development. There, he first got the idea of using elephant dung as a way of incorporating Africa's natural environment into his art. While in Zimbabwe, he also saw the ancient cave paintings in the Matobo Hills that had surfaces composed of small dots - a technique Ofili will go on emulating in many paintings. In his art, Ofili deals with issues of black identity and representation, borrowing from a wide range of references that relate to black culture: Blaxploitation movies, hip hop, and African material culture. While paintings, such as The Holy Virgin Mary, Double Captain Shit and the Legend of the Black Stars (1997), and Pimpin' ain't easy (1997), are steeped in irony and humor, they also confront taboos and comment on severe issues of representation.

In 2002 Ofili created The Upper Room (2002), an installation of 13 paintings, each of which portrays a rhesus macaque monkey. In its unique arrangement, space evoked the atmosphere of a chapel and invited comparisons to the Biblical Last Supper of Jesus and his 12 disciples. When the Tate announced the acquisition of the installation in 2005, Ofili once again found himself amid a controversy. The acquisition was criticized because Ofili was on the board of Tate trustees at the time of the purchase. Another milestone in Ofili's career was the 50th Venice Biennale in 2003, where he and architect David Adjaye collaborated on the exhibition Within Reach at the British Pavilion. Ofili presented a series of red, black, and green paintings that show a vision of paradise inhabited by an Afro couple. From the early 2000s, the artist increasingly became interested in Caribbean culture, and in 2005 he relocated to Trinidad and Tobago. Inspired by the Trinidadian landscape, culture, and folklore, Ofili began painting a blue series of paintings that marked a stylistic shift - paintings like Blue Riders (2006) with a flat surface and a monochromatic palette. Most recently, Ofili began exploring the medium of tapestry. The result, The Caged Bird's Song (2014-2017), was a collaboration with Dovecot Tapestry Studio commissioned by the Clothworkers Company.

Christopher Ofili, CBE (born 10 October 1968) is a British Turner Prize-winning painter who is best known for his paintings incorporating elephant dung. He was one of the Young British Artists. Since 2005, Ofili has been living and working in Trinidad and Tobago, where he currently resides in Port of Spain. He also lives and works in London and Brooklyn.

Ofili was born in Manchester to May and Michael Ofili. When he was eleven, his father left the family and moved back to Nigeria. Ofili was for some years educated at St. Pius X High School for Boys, and then at Xaverian College in Victoria Park, Manchester. Ofili completed a foundation course in art at Tameside College in Ashton-under-Lyne in Greater Manchester and then studied in London, at the Chelsea School of Art from 1988 to 1991 and at the Royal College of Art from 1991 to 1993. In the fall of 1992, he got a one-year exchange scholarship to Universität der Künste Berlin.

Ofili visited Trinidad for the first time in 2000, when he was invited by an international art trust to attend a painting workshop in Port of Spain. He permanently moved to Trinidad in 2005. He lives with his wife Roba, former singer with trip-hop band Attica Blues, whom he married in 2002. He maintains a studio on Lady Chancellor Road, about ten minutes from downtown Port of Spain, in Trinidad.

Ofili's early work was heavily influenced by Jean-Michel Basquiat, Georg Baselitz, Philip Guston, and George Condo. Peter Doig was doing graduate work at the Chelsea College of Arts when Ofili was an undergraduate, and they soon became friends. In 2014, art critic Roberta Smith held that Ofili has much in common with painters like Mickalene Thomas, Kerry James Marshall, Robert Colescott and Ellen Gallagher, and with more distant precedents such as Bob Thompson, Beauford Delaney and William H. Johnson.

Ofili was established through exhibitions by Charles Saatchi at his gallery in north London and the travelling exhibition Sensation (1997), becoming recognised as one of the few British artists of African / Caribbean descent to break through as a member of the Young British Artists group. Ofili has also had numerous solo shows since the early 1990s, including at the Serpentine Gallery. In 1998, Ofili won the Turner Prize, and in 2003 he was selected to represent Britain at the Venice Biennale of that year, where his work for the British Pavilion was done in collaboration with the architect David Adjaye.

In 1992 he won a scholarship that allowed him to travel to Zimbabwe. Ofili studied cave paintings there, which had some effect on his style.

Between 1995 and 2005, Ofili focused on a series of watercolors, each about 9½ by 6½ inches and produced in a single sitting. They predominantly feature heads of men and women, as well as some studies of flowers and birds. Ofili's paintings also make reference to blaxploitation films and gangsta rap, seeking to question racial and sexual stereotypes in a humorous way. In a series of faces that Ofili called Harems, each arrangement consists of one man with as many as four women on each side of him.