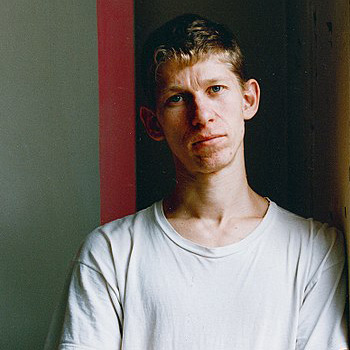 Michel Majerus (1967–2002) was a Luxembourgish artist who combined painting with digital media in his work.
He lived and worked in Berlin until his untimely death in a plane crash in November 2002.


His work was featured in a number of solo and group exhibitions in Europe and North America, most notably the "Pop Reloaded" exhibition in Los Angeles.


Majerus was born in Esch-sur-Alzette, Luxembourg in 1967. In 1986, Majerus began to study at Staatliche Akademie der Bildenden Künste Stuttgart, graduating in 1992.


Painting was Majerus’s preferred medium of expression, but his creative horizon extended to many aspects of popular culture, from computer games, digital imagery, film, television, and pop music to trademarks and corporate logos. His paintings' stylistic quotations include excerpts from Andy Warhol, Willem de Kooning and Jean-Michel Basquiat, video games and other pop-culture sources. He did not limit himself to two-dimensional surfaces, but created dynamic, painted installations which surround the viewer. In if you are dead, so it is (2000), Majerus covered the interior surface of a skateboarders' half-pipe.


After moving to Los Angeles in 2000 through the Deutscher Akademischer Austausch Dienst (DAAD), an academic exchange, Majerus began work on a series of thirty large-format paintings incorporating digital media and animated videos. Completed in Berlin the following year, the series eventually comprised over thirty works. Nine of these works would eventually become the "Pop Reloaded" exhibition in Los Angeles. "Pop Reloaded" emphasised the visual confusion of urban landscapes and the scale and domination imposed by freeway billboards and office towers. It drew on works by Cy Twombly, Mark Rothko and Gerhard Richter in inscribing logos and detail on the dull greys and blacks of a cityscape. The paintings were accompanied by a video of a constantly changing image of Majerus' signature, to illustrate the idea of celebrity as a constantly changing concept.


Majerus was working on an exhibition entitled "Project Space" for Tate Liverpool when he died.


Majerus' artwork first came to international attention in 1996 with an exhibition at the Kunsthalle in Stuttgart, and then with subsequent exhibitions in Munster and Dundee ('Colour Me Blind! - Painting In The Age of Computer Games And Comics', 2000). In 1996 the Kunsthalle Basel organized a mid-career museum retrospective.


In 1998, Majerus was invited to participate in Manifesta 2. He participated in the Venice Biennale in 1999, where he covered the facade of the main Italian Pavilion with a mural he designed. Since his death, several European museums have organized exhibitions of his work including the Hamburger Bahnhof, Berlin (2003), the Tate Liverpool (2004), the Kunsthaus Graz (2005), and the Kunstmuseum Stuttgart (2011).


A posthumous exhibition of Majerus' works was featured at the Kunstmuseum of Wolfsburg (Germany) in 2003. Entitled “Painting Pictures”, the exhibition was a celebration of Majerus' genre and was dedicated to his memory. Other painters represented in “Painting Pictures” included Takashi Murakami, Sarah Morris, Franz Ackermann, Matthew Ritchie, Torben Giehler and Erik Parker. Commencing in 2005, approximately two hundred of Majerus' works have been displayed as the "European Retrospective" travelling exhibition. The exhibition was a collaboration between the Majerus family and the Galerie Neugerriemschneider, Berlin. It included works usually displayed at the Hamburger Bahnhof, Berlin, the Kunsthaus - Landesmuseum Joanneum, Graz and from private collections throughout the world (Argentina, Austria, Belgium, Spain, Germany, Great-Britain, Greece, Italy, Luxembourg, Mexico, Portugal, USA).. Majerus is represented by neugerriemschneider, Berlin (since 1994) and Matthew Marks Gallery, New York.