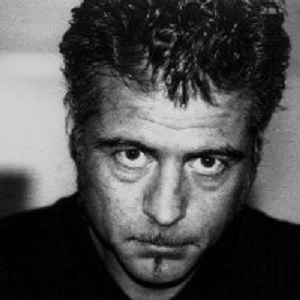 
Born into a family of artists, Rey began learning the art of painting from the hand of his father, the Spanish realist painter Gabino Rey. In 1989, he received the Talens prize, in the contest of young painters at the Sala Parés Gallery (Barcelona), and in 1992, he won the Raimon Maragall i Noble prize in the same contest. In 1994 the University of Barcelona acquired in open call one of his works for the patrimony collection. In 1994 he graduated in Fine Arts from the Barcelona University.


In 1996, Rey moved to New York City to live and work. In 1997, he participated in The Grammercy International Art Fair in New York, with the gallery Pierogi 2000 and was selected along with other artists from New York to participate in the exhibition "New Tide" at the Williamsburg Art & Historical Center in Brooklyn, New York. In 1998, he was selected along with Juan Uslé, Francisco Leiro, Peyo Irazu, Antonio Murado, Victoria Civera and other artists to participate in the documentary film 98 IN NY produced by Canal +, about Spanish artists in New York.


In 1999, Rey traveled by car from New York to Texas, from this trip he made a series of works titled NY-TX, to exhibit in the Holland Tunnel Art Projects gallery in New York City in June 2000. In 2004, the exhibition "Two painters on the same canvas," was presented with painter Luis Trullenque in Benedormiens castle in Santa Cristina d’ Aro in Girona.


In 2005 at the presentation of the exhibition "Complementary States" at the Carmen Tatché Gallery, the philosopher and sociologist of art Arnau Puig presented the catalog-text "Painting set free and freedom in the painting of Pablo Rey", introductory essay to the art and aesthetic concept of the work from the Barcelona's artist, starting from and based on the series of paintings from said exhibition. In the same act the critic and art historian Pilar Giró stated that Pablo Rey is a singular voice in the Spanish art scene and has managed to reconcile rationality and lyricism in his work.


In 2013 he held an individual exhibition entitled 'Recent Work' at the Fundació Casa Josep Irla, in Sant Feliu de Guíxols, Costa Brava, Gerona and in 2014 he toke part in the exhibition ' Framed ', in the Holland Tunnel gallery from New York.