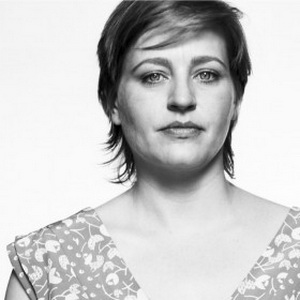 Angela Bulloch (born 1966 in Rainy River, Ontario, Canada), is an artist who often works with sound and installation; she is recognised as one of the Young British Artists. Bulloch lives and works in Berlin.

Bulloch studied at Goldsmiths' College, London (1985–1988) and was included in the Freeze Exhibition, 1988. She was nominated for the Turner Prize in 1997, part of an all-female shortlist that also included Cornelia Parker, Christine Borland and Gillian Wearing (who won the prize that year). For the Turner Prize exhibition, Bulloch exhibited her playful artwork called Rules Series.

Bulloch has worked in multiple media, including video, installation, sculpture, painting. In particular, she has used video, sound and light to explore pre-edited systems. Many of her works make use of biofeedback systems. Such as in her 1994 work Betaville, a machine painting vertical and horizontal stripes on a wall, was triggered whenever someone sat on the bench in front of it. Bulloch has also made a number of works using Belisha beacons, which are more commonly used to illuminate pedestrian crossings.

Bulloch was nominated for the Turner Prize in 1997 and for the Preis der Nationalgalerie für junge Kunst in 2005.