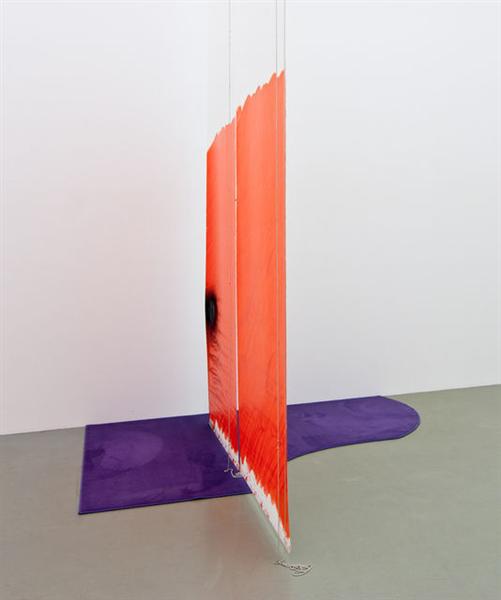 (Relational Aesthetics)
Art movement identified in the 1990s by Nicolas Bourriaud, a French curator and art critic. He recognized a growing number of contemporary artists used performative and interactive techniques that rely on the responses of others: pedestrians, shoppers, browsers, the casual observer-turned-participant. Bourriaud saw artists as facilitators rather than makers and regarded art as information exchanged between the artist and the viewers. The artist, in this sense, gives audiences access to power and the means to change the world.

The term was first used in 1996, in the catalogue for the exhibition ‘Traffic’ curated by Bourriaud at CAPC musée d'art contemporain de Bordeaux, and then developed in 1998 in Bourriaud’s book ‘Esthétique relationnelle’ (Relational Aesthetics). Within this concept, the artwork creates a social environment in which people come together to participate in a shared activity. Bourriaud claims "the role of artworks is no longer to form imaginary and utopian realities, but to actually be ways of living and models of action within the existing real, whatever scale chosen by the artist."

An example of this is "Frenchising the Mona Lisa", where artist Amir Baradaran invited patrons of the Louvre Museum in Paris to experience the Mona Lisa draped in a French flag in the style of a hijab (the artist used Augmented Reality application). The paradoxes called upon are that Mona Lisa also wears a veil, the one that is socially approved. This refers to the law enacted in France that made it illegal for women to wear headgear, such as a niqāb, that covers their face in public.

In Relational art, the audience is envisaged as a community. Rather than the artwork being an encounter between a viewer and an object, relational art produces intersubjective encounters. Through these encounters, meaning is elaborated collectively, rather than in the space of individual consumption.