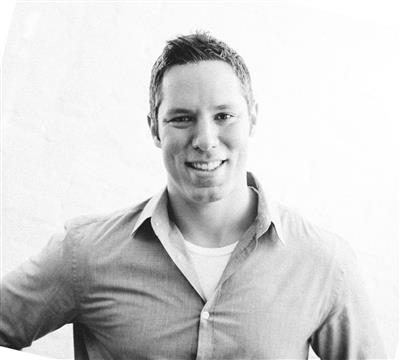 Jason Rhoades (July 9, 1965 – August 1, 2006) was an installation artist who enjoyed critical acclaim, if not widespread public recognition, at the time of his death, and who was eulogized by some critics as one of the most significant artists of his generation. Better known in Europe, where he exhibited regularly for the last twelve years of his life, Rhoades was recently celebrated for his combination dinner party/exhibitions that feature violet neon signs with African, Caribbean, Creole and hip-hop slang for the female genitalia. His work remains part of the permanent collection in the Rubell Family Collection in Miami, where he was a part of exhibit "Beg Borrow and Steal" at the time of his death.

Rhoades received his MFA from UCLA in 1993 after studying at the California College of the Arts in Oakland, the San Francisco Art Institute and the Skowhegan School of Painting and Sculpture. During the time of his studies at the San Francisco Art Institute he was one of the founders of a movement called "Funk o' Metric", also known as FOM or FOAM. The members of this group included Peter Warren, Bill Beccio, Laurie Steelink, Sebastian Clough, and Marshall Weber, among others.

Rhoades was the son of Jack and Jackie Rhoades and had two brothers, Greg and Matt. He was married to Australian-born artist Rachel Khedoori and had a three-year-old daughter named Rubi. Rhoades' sister-in-law (and his wife's identical twin sister) is the painter Toba Khedoori.

Rhoades was taken from his home to Cedars-Sinai Medical Center early on the morning of August 1, 2006, where he was pronounced dead. The cause of death was thought to be heart failure. According to the Los Angeles County coroner's office Jason Rhoades' death was caused by accidental drug intoxication and heart disease.

A planned re-creation of "Black Pussy Soirée Cabaret Macramé" has been shown in New York City in November 2006, featuring recordings and photographs made at the original event from the artist's Los Angeles studio in early 2006. It featured at its center the artist's (empty) white suit, in which the artist photographed himself shortly before his death. "He never signed his work, because they weren't that kind of pieces. But that is in lieu of a signature," his dealer told the Los Angeles Times.