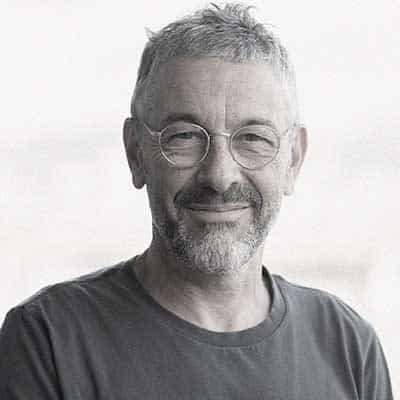 Pierre Huyghe (born 11 September 1962) is a French artist who works in a variety of media from films and sculptures to public interventions and living systems.

Pierre Huyghe (pronounced hweeg) was born in Paris in 1962. He lives and works in Paris and New York. He studied at the Ecole Nationale Supérieure des Arts Décoratifs in Paris.

Huyghe has been working with time-based situations and site-specific installations since the early 1990s. His works consist of such diverse forms as objects, films, photographs, drawings, music, fictional characters, and full-fledged ecosystems. Taking the exhibition and its ritual as an object in itself, Huyghe has expanded the paradigm to be more dynamic and indeterminate.

In Blanche-Neige, (1997), Huyghe revealed the face and story of Lucie Dolène, the French voiceover artist whom Walt Disney hired to do the French language version of Snow White. When Disney subsequently reissued the film and used Dolmen's voice without her permission, she sued the company for the right to own her own voice. Huyghe's film is a simply edited headshot of Dolène recounting her experience in her unmistakable (to French ears) voice. Blanche-Neige was a more pointed followup to Dubbing, (1996), in which Huyghe screens Steven Spielberg's film Poltergeist but focuses his camera on the fifteen actors who have been hired to do the French voiceovers rather than the projection of the film itself, which is only visible to the actors. In 1999, Huyghe and fellow French artist Philippe Parreno turned this idea of the subjective performance of language into the body of a fictional character by purchasing the rights to a manga figure whom they dubbed "Annlee". They then invited other artists including Liam Gillick, Dominique Gonzalez-Foerster, Pierre Joseph, Mélik Ohanian, Joe Scanlan, and Rirkrit Tiravanija to produce various works utilizing the character Annlee, the sum of which became the traveling group exhibition No Ghost Just A Shell. After several exhibitions, they transferred the character's copyright to the Annlee Association—a legal entity owned by Annlee, thus ensuring her simultaneous freedom and death.