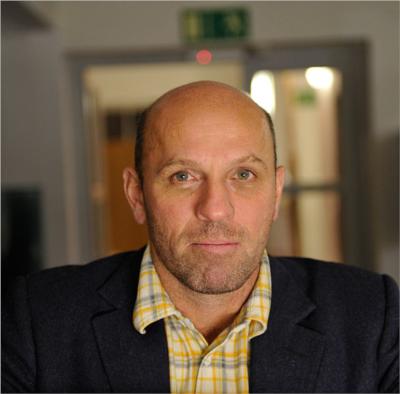 Peter Doig (/ˈdɔɪɡ/ DOYG; born 17 April 1959) is a Scottish painter. One of the most renowned living figurative painters, he has settled in Trinidad since 2002. In 2007, his painting White Canoe sold at Sotheby's for $11.3 million, then an auction record for a living European artist. In February 2013, his painting, The Architect's Home in the Ravine, sold for $12 million at a London auction. Art critic Jonathan Jones said about him: "Amid all the nonsense, impostors, rhetorical bullshit and sheer trash that pass for art in the 21st century, Doig is a jewel of genuine imagination, sincere work and humble creativity."

Peter Doig was born in Edinburgh, Scotland. In 1962 he moved with his family to Trinidad, where his father worked with a shipping and trading company, and then in 1966 to Canada. He moved to London to study at the Wimbledon School of Art in 1979-80, Saint Martin's School of Art from 1980 to 1983, and Chelsea School of Art, in 1989-90, where he received an MA. In 1989, the artist held a part-time job as a dresser at the English National Opera with his friend Haydn Cottam.

Doig was invited to return to Trinidad in 2000, to take up an artist's residency with his friend and fellow painter Chris Ofili. In 2002, Doig moved back to the island, where he set up a studio at the Caribbean Contemporary Arts Centre near Port of Spain. He also became professor at the Fine Arts Academy in Düsseldorf, Germany.

Many of Doig's paintings are landscapes, somewhat abstract, with a number harking back to the snowy scenes of his childhood in Canada. He draws inspiration for his figurative work from photographs, newspaper clippings, movie scenes, record album covers and the work of earlier artists like Edvard Munch. His landscapes are layered formally and conceptually, and draw on assorted art historical artists, including Munch, H.C. Westermann, Friedrich, Monet and Klimt. While his works are frequently based on found photographs (and sometimes on his own) they are not painted in a photorealist style. Doig instead uses the photographs simply for reference. In a 2008 interview, Doig referred to his use of photographs and postcards as painting "by proxy" and noted that his paintings "made no attempt to reflect setting."

Shortly after Doig's graduation from the Chelsea College of Arts, he was awarded the prestigious Whitechapel Artist Prize culminating in a solo exhibition at the Whitechapel Art Gallery in 1991. Included in the Whitechapel exhibition were major works including Swamped (1990), Iron Hill (1991), and The Architect's Home in the Ravine (1991). The Architect's Home in the Ravine (1991) shows Eberhard Zeidler's modernist home in Rosedale at the heart of the Toronto ravine.

Doig created a series of paintings of Le Corbusier’s modernist communal living apartments known as l’Unité d’Habitation located at Briey-en-Forêt, in France. In the early 1990s Doig was involved with a group of architects and artists who operated from the building. The modern urban structures are partially revealed and hidden by the forest that surrounds them. As Doig explains: "When you walk through an urban environment, you take the strangeness of the architecture for granted."