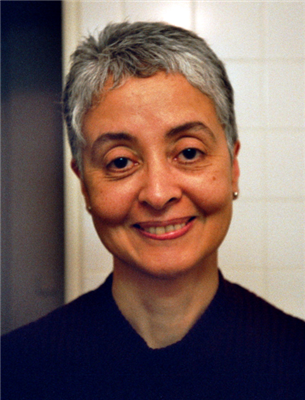 Adrian Margaret Smith Piper (born September 20, 1948) is an American conceptual artist and philosopher. Her work addresses how and why those involved in more than one discipline may experience professional ostracism, otherness, racial passing, and racism by using various traditional and non-traditional media to provoke self-analysis. She uses reflection on her own career as an example. Piper has been awarded various fellowships and medals and has been described as having "profoundly influenced the language and form of Conceptual art". In 2002, she founded the Adrian Piper Research Archive (APRA) in Berlin, Germany, the focus of a foundation that was established in 2009.


Adrian Piper was born on September 20, 1948, in New York City. She was raised in Manhattan in an upper-middle-class black family and attended a private school with mostly wealthy, white students. She studied art at the School of Visual Arts and was graduated with an associate's degree in 1969. Piper then studied philosophy at the City College of New York and graduated summa cum laude with a bachelor's in 1974. Piper received a master's in philosophy from Harvard University in 1977 and her doctorate in 1981, supervised by John Rawls. She also studied at the University of Heidelberg. During her philosophical studies, Piper focused on Kant's Critique of Pure Reason; this philosophical inspiration pervades her artworks, most specifically Food for the Spirit (1971).


During the late 1960s and early 1970s Piper was influenced by Sol LeWitt and Yvonne Rainer. She worked at the Seth Siegelaub Gallery, known for its conceptual art exhibitions, in 1969. In 1970, she exhibited in the Museum of Modern Art's exhibition Information, and began to study philosophy in college. Piper has said that she was kicked out of the art world during this time for her race and sex. Her work started to address ostracism, otherness, and attitudes around racism. In an interview with Maurice Berger, published under the title Critique of Pure Racism, Piper asserted that while she finds analysis of racism praiseworthy, she wants her artwork to help people confront their racist views.


Piper was awarded visual arts fellowships from the National Endowment for the Arts in 1979 and 1982, and a Guggenheim Fellowship in 1989. Piper taught at Wellesley College, Harvard University, Stanford University, University of Michigan, Georgetown University, and University of California, San Diego. In 1987, she became the first female African-American philosophy professor to receive academic tenure in the United States. While she was on unpaid leave in Berlin during 2008, Wellesley College terminated her tenured full professorship because of her refusal to return to the United States while listed as a "Suspicious Traveler" on the U.S. Transportation Security Administration Watch List.


Piper is divorced and has no children. She currently lives and works in Berlin, where she runs the Adrian Piper Research Archive. In 2015, she was awarded the Golden Lion for best artist in the international exhibition of the Venice Biennale.


In 2017, Piper received an honorary Doctorate of Fine Arts degree from the Nova Scotia College of Art and Design University.