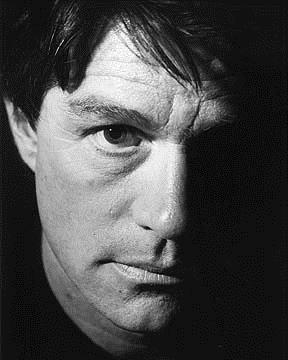 Allan McCollum is a contemporary American artist who was born in Los Angeles, California in 1944, and now lives and works in New York City. In 1975, his work was included in the Whitney Biennial, and he moved to New York City that same year. In the late seventies he became especially well known for his series, Surrogate Paintings.

He has spent over forty-five years exploring how objects achieve public and personal meaning in a world constituted in "mass production," focusing most recently on collaborations with small community historical society museums in different parts of the world. His first solo exhibition was in 1970, and his first New York showing was in an exhibition at the Sidney Janis Gallery in 1972.

Allan McCollum was born in Los Angeles, California, on August 4, 1944. In 1946, his family moved to Redondo Beach, California, where his three siblings were born, and where he lived until 1966. Both of his parents and many others in his family were active in the arts. His father, Warren McCollum, the son of an actress in New York and a child actor himself, performed a number of small parts on the Broadway stage, and a few small roles in movies in the late 1930s and early 1940s, including the role of “Jimmy Lane” in the 1938 cult classic, Reefer Madness; he remained active in local theater groups throughout much of his life, while working as a security guard at a local research corporation. His mother, Ann Hinton, daughter of a piano teacher and a cartographer, also performed regularly as an actress and singer in local theater productions, and as a piano accompanist to a local voice teacher. His mother’s brother, Sam Hinton, was a well-known folk singer and folk music historian in Southern California, and his mother's sister’s husband was Jon Gnagy, the popular television art instructor who between 1946 and 1970 had the longest continuously running show on television.

In 1964, McCollum moved to Essex, England, pursuing the idea of being an actor, and joined a local theater group in Southend-on-Sea; but he changed his mind about a career in theater and returned to California in 1965, moved into a small mobile home park in Venice Beach, California, and attended Los Angeles Trade Technical College for five months, attempting to learn the trade of restaurant management and industrial kitchen work. For two years, he worked for Trans World Airlines at the Los Angeles International Airport, preparing meals for flights, but in 1967 he decided to educate himself as an artist. He learned quickly, influenced initially by reading the writings of the Fluxus artists and the early structuralists, and found a job as a truck driver and crate-builder for an art handling company in West Hollywood. Through this job he met many artists, art dealers, art collectors, and museum curators, learning much about the contemporary art world. During the late 1960s, McCollum produced his early work while living in small rented storefront spaces, first in Venice Beach, and later in Santa Monica; in 1970, he established a studio in a converted parking garage in Venice Beach, where he lived and worked until 1975. During these years, he exhibited his work regularly at the Nicholas Wilder Gallery and also at the Claire Copley Gallery, both in Los Angeles. His work was featured in a number of museum group exhibitions, including shows at the Los Angeles County Museum of Art, the Pasadena Art Museum, the Long Beach Museum of Art, the Santa Barbara Museum of Art, the Oakland Museum, the San Francisco Art Institute, the Seattle Art Museum, the Detroit Institute of Arts, the Krannert Art Museum, and the Whitney Museum of American Art in New York. In late 1975, he moved to the SoHo district of New York City, where he lives today.