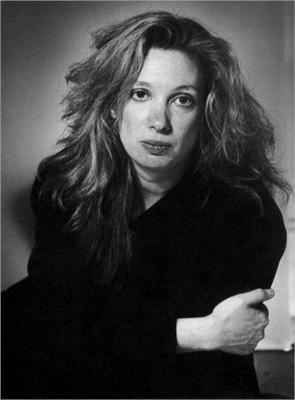 Sherrie Levine (born in 1947 in Hazleton, Pennsylvania) is an American photographer, painter, and conceptual artist. She is best known for her reproductions of significant male artists' works through the medium of photography and sculpture, so as to discuss notions of authenticity and originality.

In particular, Levine's reproductions focus upon idolized male artists in order to critique limiting ideas of 'Artist Genius' in which Art History has traditionally undervalued the role of female artists. Through appropriation and recreation of certain modern artworks, Levine adds a more feminine interpretation to readymade art. She is often discussed in conjunction with 1980's feminist art.

Sherrie Levine received her B.A. from the University of Wisconsin in Madison in 1969. In 1973, she earned her M.F.A. from the same institution.

Much of Levine's work is explicitly appropriated from recognizable modernist artworks by artists such as Walker Evans, Edgar Degas, Marcel Duchamp, and Constantin Brancusi. Appropriation art became popular in the late 1970s, although it can be traced to early modernist works, specifically those using collage. Other appropriation artists such as Louise Lawler, Vikky Alexander, Barbara Kruger, and Mike Bidlo came into prominence in New York’s East Village in the 1980s. The importance of appropriation art in contemporary culture lies in its ability to fuse broad cultural images as a whole and direct them towards narrower contexts of interpretation.

In 1977, Levine participated in the exhibition Pictures at Artists Space in New York, curated by Douglas Crimp. Other artists in the exhibition included Robert Longo, Troy Brauntuch, Jack Goldstein, and Philip Smith. Crimp's term, "Pictures Generation," was later used to describe the generation of artists in the late 1970s and early 1980s who were moving away from minimalism and towards picture-making.

Levine is best known for her series of photographs, After Walker Evans, which was shown at her 1981 solo exhibition at Metro Pictures Gallery in New York. The works consist of well-known Walker Evans photographs, rephotographed by Levine from an Evans exhibition catalogue and then presented as Levine's own artwork without manipulation of the images. The Evans photographs—made famous by his book project Let Us Now Praise Famous Men, with writings by James Agee—are widely considered to be the quintessential photographic record of rural American poor during the Great Depression. The Estate of Walker Evans saw the series as a copyright infringement, and acquired Levine's works to prohibit their sale. Levine later donated the whole series to the estate. All of it is now owned by the Metropolitan Museum of Art, New York. Levine's appropriation of Evans's images has since become a hallmark of the postmodern movement.By rephotographing and re-feminizing this series, Levine makes the images more transparent in their message, rather than focusing on authorship. Including herself in this series can be seen as the artist's gesture of solidarity with the subject.

Levine has rephotographed a number of works by other artists, including Eliot Porter and Edward Weston. Additional examples of Levine's works include photographs of Van Gogh paintings from a book of his work; watercolor paintings based directly on work by Fernand Léger; pieces of plywood with their knotholes painted bright solid colors; and her 1991 sculpture Fountain, a bronze urinal modeled after Marcel Duchamp's 1917 work, Fountain. This work in particular brings attention to the idea of originality and Levine's ability to remake artworks as not quite themselves. In the case of Fountain, Levine purposefully chooses a polished bronze finish to evoke works by Brancusi. By doing so, Levine likens the two artists' works, and raises the question of originality and the copy.