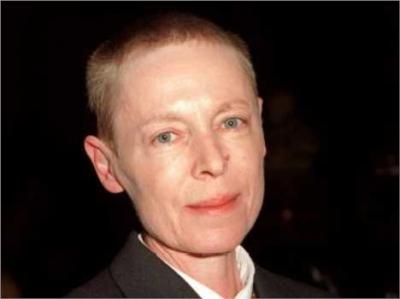 Hanne Darboven grew up in Rönneburg, a southern suburb of Hamburg, as the second of three daughters of Cäsar Darboven and Kirsten Darboven. Her father was a successful and well-to-do businessman in Hamburg; the family brand Darboven coffee is well known in Germany.

Following a brief episode as a pianist, Darboven studied art with Willem Grimm, Theo Garve and Almir Mavignier at the Hochschule für bildende Künste Hamburg from 1962 to 1965. From 1966 to 1968, she lived in New York City, at first in total isolation from the New York art scene. She then moved back to her family home in Hamburg and continued to live and work there among an extraordinary collection of disparate cultural artefacts until her death in 2009.

In the winter of 1966–1967, she met Sol LeWitt, Carl Andre and Joseph Kosuth, representatives of Minimal Art. Soon afterwards her first series of drawings on millimeter paper with lists of numbers, which resulted from complicated additions or multiplications of personally derived numerical sequences based on the four to six digits used to notate the date, month, and year of the standard Gregorian calendar. The calendar sequence has consistently formed the basis for the majority of her installations, and the ‘daily arithmetic’ consisting of checksums came to replace the year’s calendrical progression according to a complex and challenging mathematical logic. Always written out by hand, her paperwork thus comprised rows and rows of ascending and descending numbers, u-shapes, grids, line-notations and boxes. Employing this neutral language of numbers and using pen, pencil, the typewriter, and graph paper as materials, she began to make simple linear constructions of numbers that she called Konstruktionen. Similar to On Kawara, Darboven offered a system to represent time as both the continuous flux of life and clear embracing order. Along with LeWitt and Andre, Lucy Lippard and Kasper König belonged to the circle of long-standing promoters of Darboven's work.

In the 1970s, Darboven often allied her work, which she considered a form of writing, to the accomplishments of writers such as Heinrich Heine and Jean-Paul Sartre, directly transcribing quotations or entire passages of their texts, or translating them into patterns. By 1978, Darboven was also incorporating visual documents, such as photographic images and assorted objects that she found, purchased, or received as gifts. Doing so, she addressed specifically historical issues. The monumental work entitled Vier Jahreszeiten (Four seasons) (1981), which Darboven exhibited at Documenta 7 in Kassel, was the first of Darboven's works to be really permeated with color, introduced into it by the use of kitsch postcards.

Also in 1978, she first conceived her first large-scale installations. Ever since, Darboven's work has often occupied large spaces: her installation Cultural History 1880–1983, (1980–1983) with its 1,589 individually framed works on paper of uniform format and 19 sculptural elements takes up 7,000 square feet. Reducing the Gregorian calendrical notation to only forty-two denominations for each century, the work weaves together cultural, social, and historical references with autobiographical documents, postcards, pinups of film and rock stars, documentary references to the first and second world wars, geometric diagrams for textile weaving, a sampling of New York doorways, illustrated covers from news magazines, the contents of an exhibition catalogue devoted to postwar European and American art, a kitschy literary calendar, and extracts from some of Darboven's earlier works.