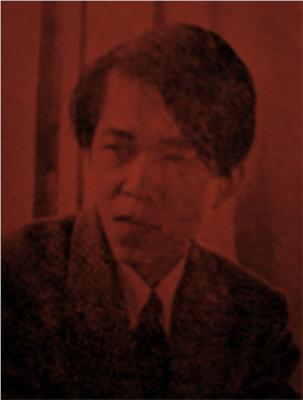 Kawara was born in Kariya, Japan on December 24, 1932. After graduating from Kariya High School in 1951, Kawara moved to Tokyo. Kawara went to Mexico in 1959, where his father was the director of an engineering company. He stayed three years, painting, attending art school and exploring the country. From 1962 to 1964 he moved back and forth between New York and Paris. He travelled through Europe before settling in 1965 in New York City, where he was an intermittent resident until his death.

Kawara belonged to a broadly international generation of Conceptual artists that began to emerge in the mid-1960s, stripping art of personal emotion, reducing it to nearly pure information or idea and greatly playing down the art object. Along with Lawrence Weiner, Joseph Kosuth, Hanne Darboven and others, Kawara gave special prominence to language.

From 1962 to 1964 Kawara made about 200 Paris-New York Drawings. Their motifs include stripes and grids like those of the Minimalist painter Agnes Martin. Other drawings depict installation pieces that fill rooms with networks of string.

From January 4, 1966, Kawara made a long series of "Date paintings" (the Today series), which consist entirely of the date on which the painting was executed in simple white lettering set against a solid background. The date is always documented in the language and grammatical conventions of the country in which the painting is executed (i.e., “26. ÁG. 1995,” from Reykjavik, Iceland, or “13 JUIN 2006,” from Monte Carlo); Esperanto is used when the first language of a given country does not use the Roman alphabet.

The paintings, executed in Liquitex on canvas, conform to one of eight standard sizes, ranging from 8x10 inches to 61x89 inches, all horizontal in orientation. The exceptions are the three paintings, roughly five by seven feet, executed on July 16, 20 and 21, 1969 — three days when the world was riveted by the moon landing.

The dates on the paintings, hand-painted with calculated precision, are always centered on the canvas and painted white, whereas the background colors vary; the paintings from the early years tend to have bold colors, and the more recent ones tend to be darker in tone. For example, Kawara briefly used red for several months in 1967 and then returned to darker hues until 1977. Four coats of paint are carefully applied for the ground and each allowed enough time to dry before being rubbed down in preparation for subsequent coats. Eschewing stencils in favor of hand-drawn characters, Kawara skillfully renders the script, initially a sans-serif, elongated version of Gill Sans, later a quintessentially modernist Futura. Each work is carefully executed by hand. Some days he made more than one. When Kawara was unable to complete the painting on the day it was started he immediately destroyed it. When a Date Painting is not exhibited, it is placed in a cardboard box custom-made for the painting, which is lined with a clipping from a local newspaper from the city in which the artist made the painting; most clippings are from The New York Times. Although the boxes are part of the work, they are rarely exhibited. Each year between 63 and 241 paintings were made.