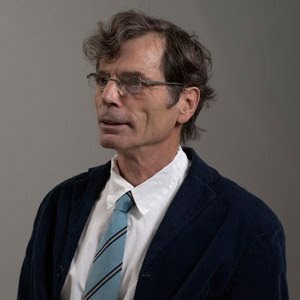 Richard Dean Tuttle (born July 12, 1941) is an American postminimalist artist known for his small, subtle, intimate works. His art makes use of scale and line. His works span a range of media, from sculpture, painting, drawing, printmaking, and artist’s books to installation and furniture. He lives and works in New York City, Abiquiú, New Mexico, and Mount Desert, Maine.

Tuttle was born in Rahway, New Jersey and raised in nearby Roselle. He studied art, philosophy and literature at Trinity College in Hartford, Connecticut from 1959 to 1963. After receiving his B.A. in 1963, he moved to New York where he spent a semester at the Cooper Union and had a brief stint in the U.S. Air Force. He then began working at the Betty Parsons Gallery. One year after taking a job as an assistant to Betty Parsons, she gave him his first show in 1965.

Tuttle's reputation as a master was secured in Europe as it swiftly embraced Tuttle's minimalist art. In the United States, however, acceptance of his work was slower. His works on paper are considered seminal works in American art. His first works, small monochrome reliefs, were followed by making palm-size paper cubes with cut-out designs and shaped wood reliefs that seemed like a twist on geometric abstraction. Beginning in the mid-1960s, he began to create eccentrically-shaped painted wood reliefs, followed by ideograms made of galvanized tin, and unstretched, shaped canvases dyed in offbeat colors. Tuttle had a survey exhibition in 1975 at the Whitney Museum of American Art. The exhibit was controversial and the show's curator Marcia Tucker lost her job as a result, after a scathing review by Hilton Kramer. Kramer, then art critic for The New York Times, wrote, referring to Ludwig Mies van der Rohe's dictum "less is more", "in Mr. Tuttle's work, less is unmistakably less ... One is tempted to say, where art is concerned, less has never been as less than this". According to art critic Christopher Knight of the Los Angeles Times, Tuttle's Wire pieces, which the artist made in 1971 and 1972, "collectively rank as his most distinctive contribution to art history". In 1983, Tuttle made Monkey's Recovery for a Darkened Room (Bluebird), a wall relief of branches, wire, cloth, string and wood scraps, which he says formally relates to Jan van Eyck's Crucifixion and Last Judgement diptych.

In the early 1980s, Tuttle embarked on an extensive series of suites of watercolors, The Loose Leaf Notebook Drawings. Each sheet consisting of a few strokes on low-grade loose leaf paper. The paints bleed and pooled, causing the paper to buckle, giving the works three-dimensionality. The illustration from the suite 5 Loose Leaf Notebook Drawings from 1980-1982, in the collection of the Honolulu Museum of Art, demonstrates how the suites challenge viewers to contemplate the distinction between fine art and trash. His works in the 1990s consisted mostly of smaller-sized work, followed by bodies of low-relief wall-bound pieces that integrate painting, sculpture, and drawing.

In 2004, Tuttle installed Splash, his first public art project, a mural 90 by 150 feet with about 140,000 pieces of colored glass and white ceramic tiles. It stretches up the side of a luxury condominium building designed by Walter Chatham for a private, guarded island community in Miami Beach called Aqua.