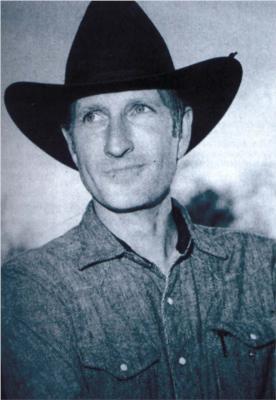 Nauman was born in Fort Wayne, Indiana, but his father's work as an engineer for General Electric meant that the family moved often. He studied mathematics and physics at the University of Wisconsin–Madison (1960–64), and art with William T. Wiley and Robert Arneson at the University of California, Davis (1965–6). In 1964 he gave up painting to dedicate himself to sculpture, performance and cinema collaborations with William Allan and Robert Nelson. He worked as an assistant to Wayne Thiebaud. Upon graduation (MFA, 1966), he taught at the San Francisco Art Institute from 1966 to 1968, and at the University of California at Irvine in 1970. In 1968 he met the singer and performance artist Meredith Monk and signed with the dealer Leo Castelli. Nauman moved from Northern California to Pasadena in 1969. In 1979, Nauman further moved to Pecos, New Mexico. In 1989, he established a home and studio in Galisteo, New Mexico, where he continues to work and live along with his wife, the painter Susan Rothenberg. Nauman has two grandchildren, notably Sophie Nauman.

Confronted with "What to do?" in his studio soon after graduating, Nauman had the simple but profound realization that “If I was an artist and I was in the studio, then whatever I was doing in the studio must be art. At this point art became more of an activity and less of a product.” Nauman set up a studio in a former grocery shop in the Mission district of San Francisco and then in a sublet from his university tutor in Mill Valley. These two locations provided the setting for a series of performed actions which he captured in real time, on a fixed camera, over the 10-minute duration of a 16mm film reel. Between 1966 and 1970 he made several videos, in which he used his body to explore the potentials of art and the role of the artist, and to investigate psychological states and behavioural codes.

Much of his work is characterized by an interest in language, often manifesting itself in a playful, mischievous manner. He has a strong interest in setting the metaphoric and descriptive functions of language against each other. For example, the neon Run From Fear – Fun From Rear, or the photograph Bound To Fail, which literalizes the title phrase and shows the artist's arms tied behind his back. He seems to be fascinated by the nature of communication and language's inherent problems, as well as the role of the artist as supposed communicator and manipulator of visual symbols.

Nauman began in the 1960s with exhibitions at Nick Wilder's gallery in Los Angeles and in New York at Leo Castelli in 1968 along with early solo shows at the Los Angeles County Museum of Art and the Whitney Museum in 1972.