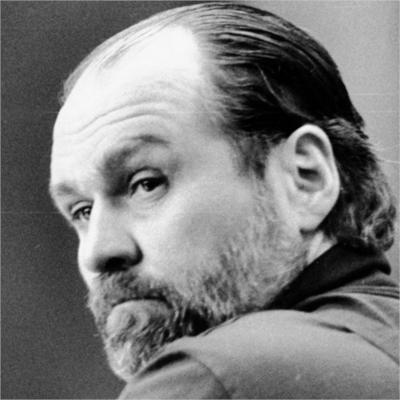 Carl Andre (born September 16, 1935) is an American minimalist artist and recognized for his ordered linear format and grid format sculptures. His sculptures range from large public artworks (such as Stone Field Sculpture, 1977 in Hartford, CT and Lament for the Children, 1976 in Long Island City, NY) to more intimate tile patterns arranged on the floor of an exhibition space (such as 144 Lead Square, 1969 or Twenty-fifth Steel Cardinal, 1974). In 1988, Andre was tried and acquitted in the death of his wife, artist Ana Mendieta.

Andre was born in Quincy, MA. He completed primary and secondary schooling in the Quincy public school system and studied art at Phillips Academy in Andover, MA from 1951 to 1953. While at Phillips Academy he became friends with Hollis Frampton who would later influence Andre's radical approach to sculpture through their conversations about art and through introductions to other artists.

Andre served in the U.S. Army in North Carolina 1955–56 and moved to New York City in 1956. While in New York, Frampton introduced Andre to Constantin Brâncuși through whom Andre became re-acquainted with a former classmate from Phillips Academy, Frank Stella, in 1958. Andre shared studio space with Stella from 1958 through 1960.

Andre's early work in wood may have been inspired by Brâncuși, but his conversations with Stella about space and form led him in a different direction. While sharing a studio with Stella, Andre developed a series of wooden "cut" sculptures (such as Radial Arm Saw cut sculpture, 1959, and Maple Spindle Exercise, 1959). Stella is noted as having said to Andre (regarding hunks of wood removed from Andre's sculpture) "Carl, that's sculpture, too."

From 1960–64 Andre worked as freight brakeman and conductor in New Jersey for the Pennsylvania Railroad. The experience with blue collar labor and the ordered nature of conducting freight trains would have a later influence on Andre's sculpture and artistic personality. For example, it was not uncommon for Andre to dress in overalls and a blue work shirt, even to the most formal occasions."

During this period, Andre focused mainly on writing and there is little notable sculpture on record between 1960 and 1965. The poetry would resurface later, most notably in a book (finally published in 1980 by NYU press) called 12 Dialogues in which Andre and Hollis Frampton took turns responding to one another at a typewriter using mainly poetry and free-form essay-like texts. Andre's concrete poetry has exhibited in the United States and Europe, a comprehensive collection of which is in the collection of the Stedelijk Museum in Amsterdam.

In 1965 he had his first public exhibition of work in the Shape and Structure show curated by Henry Geldzahler at the Tibor de Nagy Gallery.

Andre's controversial "Lever" was included in the seminal 1966 show at the Jewish Museum in New York entitled Primary Structures.

In 1970 he had a solo exhibition at the Solomon R. Guggenheim Museum.

In 1972, Britain's Tate Gallery acquired Andre's Equivalent VIII, an arrangement of firebricks. The piece was exhibited several times without incident, but became the center of controversy in 1976 after being featured in an article in The Sunday Times and later being defaced with blue food dye. The "Bricks controversy" became one of the most famous public debates in Britain about contemporary art.