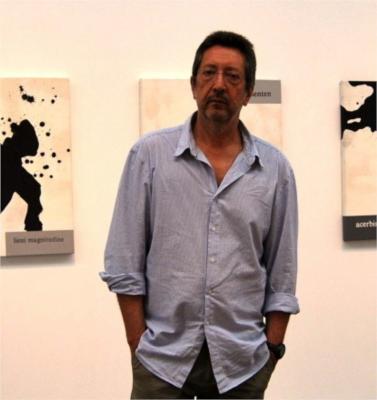 Julião Sarmento (born in Lisbon, 1948) is a Portuguese multimedia artist and painter.

He has exhibited his work extensively around the world in solo and group shows. Sarmento represented Portugal at the Venice Biennial in 1997. His work is represented in several museums and private collections, including an artist room showing at London's Tate Modern in 2010.

A recent demonstration of his work was showcased as part of the Desert X exhibit in the Coachella Valley from February 25 - April 30 2017.

Julião Sarmento is married to Isabel Sarmento and together they have a son, Duarte and a daughter, Laura. Sarmento lives and works in Estoril, Portugal.