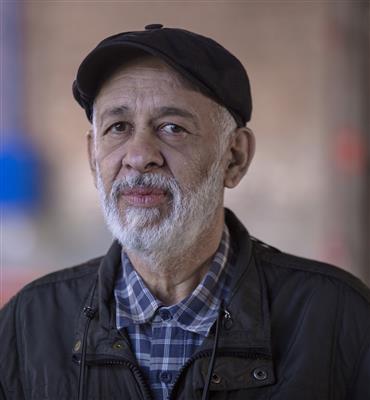 Cildo Meireles (born 1948) is a Brazilian conceptual artist, installation artist and sculptor. He is noted especially for his installations, many of which express resistance to political oppression in Brazil. These works, often large and dense, encourage a phenomenological experience via the viewer's interaction.

Meireles was born in Rio de Janeiro in 1948. From an early age, Meireles showed a keen interest in drawing and spatial relations. He was especially interested in how this has been explored in animated film. His father, who encouraged Meireles' creativity, worked for the Indian Protection Service and their family traveled extensively within rural Brazil.

In an interview with Nuria Enguita, Meireles described a time when he was "seven or eight" and living in the countryside that had a huge impact on him. He said that he was startled by an impoverished man wandering through the trees. The next day, the young Meireles went to investigate, but the man was gone and only a small but perfect hut the man had apparently made the night before remained. Meireles said that this hut "was perhaps the most decisive thing for the path [he] followed in life...The possibility one has of making things and leaving them for others."

During his time in rural Brazil, Meireles learned the beliefs of the Tupi people which he later incorporated into some of his works in order to highlight their marginalization in, or complete disappearance from, Brazilian society and politics. Installations which contain allusions to the Tupi include Southern Cross (1969–70) and Olvido (1990). Meireles cites Orson Welles' 1938 radio broadcast War of the Worlds as one of the greatest works of art of the 20th century because it "seamlessly dissolved the border between art and life, fiction and reality." Recreating this concept of total audience investment was an important artistic goal of Meireles that is seen throughout his body of work.

He began his study of art in 1963 at the District Federal Cultural Foundation in Brasilia, under the Peruvian painter and ceramist Felix Barrenechea. In the late 1960s, Meireles discovered the work of Hélio Oiticica and Lygia Clark, thereby introducing him to the Brazilian Neo-Concrete movement. These artists, as well as Meireles, were all concerned with blurring the boundary between what is art and what is life, and responding to current political situations within their pieces.

Meireles unintentionally participated in a political demonstration in April 1964, when he was sixteen years old. He has cited this moment has his "political awakening" and began to take an interest in student politics. In 1967 he moved to Rio de Janeiro and studied at the Escola Nacional de Belas Artes.

Meireles has stated that drawing was his main artistic medium until 1968, when he altogether abandoned expressionistic drawing in favor of designing things that he wanted to physically construct. A topic that he especially explored in his art was the concept of the ephemeral and the non-object, art that only exists with interaction, which prompted him to create installation pieces or situational art. This led to his Virtual Spaces project, which he began in 1968. This project was "based on Euclidian principles of space" and sought to show how objects in space can be defined by three different planes. He modeled this concept as a series of environments made to look like corners in rooms.