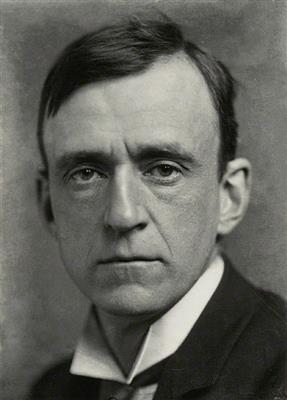 
Henry Tonks, FRCS (9 April 1862 – 8 January 1937) was a British surgeon and later draughtsman and painter of figure subjects, chiefly interiors, and a caricaturist. He became an influential art teacher.


He was one of the first British artists to be influenced by the French Impressionists; he exhibited with the New English Art Club, and was an associate of many of the more progressive artists of late Victorian Britain, including James McNeill Whistler, Walter Sickert, John Singer Sargent and George Clausen.


From 1888 he studied in the evenings at Westminster School of Art, under Frederick Brown. He exhibited paintings with the New English Art Club from 1891 and became a member of the Club in 1895.


"Tonks cared nothing for other authorities and he disliked self-satisfied young men….His surgical eye raked my immature designs. With hooded stare and sardonic mouth, he hung in the air above me, like a tall question mark, moreover… of a derisive, rather than an inquisitive order. In cold discouraging tones he welcomed me to the Slade. It was evident he considered that neither the Slade, nor I, was likely to derive much benefit."


Tonks resumed his medical career in 1914, first at a prisoner of war camp in Dorchester, and then at Hill Hall in Essex. He made pastel drawings of Auguste Rodin and his wife, who were refugees. He served as a medical orderly at a British Red Cross hospital near the Marne in France in 1915, and joined an ambulance unit in Italy. He became a lieutenant in the Royal Army Medical Corps in 1916, and worked for Harold Gillies producing pastel drawings recording facial injury cases at the Cambridge military hospital in Aldershot and the Queen's Hospital, Sidcup – a contribution recognised in the exhibitions Faces of Battle at the National Army Museum in 2008 and Henry Tonks: Art and Surgery at the Strang Print Room of University College London in 2002. There is also information on him at Will Self's "Kafka's Wound".