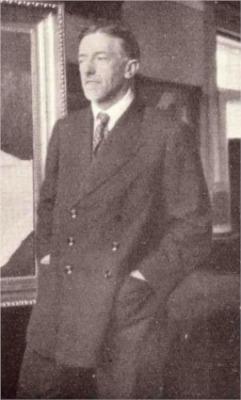 Károly Ferenczy (February 8, 1862 – March 18, 1917) was a Hungarian painter and leading member of the Nagybánya artists' colony.

He was among several artists who went to Munich for study in the late nineteenth century, where he attended free classes by the Hungarian painter, Simon Hollósy. Upon his return to Hungary, Ferenczy helped found the artists colony in 1896, and became one of its major figures. Ferenczy is considered the "father of Hungarian impressionism and post-impressionism" and the "founder of modern Hungarian painting."

He has been collected by the Hungarian National Gallery, which holds 51 of his paintings, as well as other major and regional institutions, including the Ferenczy Károly Museum, founded in his birthplace of Szentendre, and private collectors.

In 1966 the Hungarian National Gallery had a major exhibition of the colony's work: The Art of Nagybánya. Centennial Exhibition in Celebration of the Artists' Colony in Nagybánya. In November 2011, it opened a large retrospective of Ferenczy, featuring him for six months, to enable more viewers to appreciate the breadth of his work.

Károly Ferenczy was born in 1862 to a Hungarian Jewish family in Vienna, Austria. His mother died soon after he was born. He first studied law and completed a degree from the College of Economy.

His future wife, Olga Fialka, encouraged Ferenczy to explore painting and he traveled in Italy. After studying in Paris in 1887 and starting to paint in Hungary, in 1893 he took his young family to Munich. They lived there until 1896, while he studied with the Hungarian painter Simon Hollósy and the circle of young artists around him.

He married Olga Fialka, also a painter. He went to study at the Académie Julian in Paris in 1887. In 1889 he and his wife settled in Szentendre, a small town near Budapest. They had two sons and a daughter together: Valér (b. 1888) and Béni and Noémi, fraternal twins born in 1890. Olga gave up her painting to support her family and husband's career.

Among Ferenczy's 51 works held by the Hungarian National Gallery are portraits of his children, including one of the three of them as young adults, and one of Noémi and Béni at age 18. All the children became artists; Valér became a painter, Noémi founded modern Hungarian tapestry, in which she became a "master", and Béni Ferenczy became a sculptor.

In Hungary, Ferenczy started painting in a naturalistic style, as he had been influenced by Jules Bastien-Lepage. Seeking more training, he took his young family with him to Munich in 1893, the art center of Central and Eastern Europe. They lived there until 1896. There he encountered Simon Hollósy, a Hungarian painter not much older than he, who ran free classes that were more open to new influences than those at the Munich Academy. Hollósy encouraged an appreciation of French painters and their techniques, including en plein air painting. Ferenczy met the young Hungarian artists Istvan Reti and Janos Thorma in Hollosy's circle in Munich, and the men collaborated on their ideas.