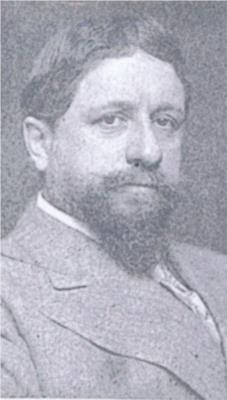 Robert Reid was born in Stockbridge, Massachusetts and attended the School of the Museum of Fine Arts, Boston under Otto Grundmann, where he was also later an instructor. In 1884 he moved to New York City, studying at the Art Students League, and in 1885 he went to Paris to study at the Académie Julian under Gustave Boulanger and Jules Joseph Lefebvre. His early pictures were figures of French peasants, painted at Étaples.

Upon returning to New York in 1889, he worked as a portraitist and later became an instructor at the Art Students League and Cooper Union. Much of his work centered on the depiction of young women set among flowers. His work tended to be very decorative, and he became known for mural decoration and designs for stained glass. He contributed with others to the frescoes of the dome of the Liberal Arts Building at the Columbian Exposition, Chicago, in 1893.

In 1897, Reid was a member of the Ten American Painters, who seceded from the Society of American Artists. In 1906 he became a full member of the National Academy of Design. Around the turn of the century, Reid worked on several mural projects and when he returned to paintings, around 1905, his work was more naturalistic, even though his palette trended toward soft pastels.

He has work in the Library of Congress, Washington, D.C., the Appellate Court House, New York, and the State House, Boston, where are his three large panels, James Otis Delivering his Speech against the Writs of Assistance, Paul Revere's Ride, and the Boston Tea Party. He executed a panel for the American Pavilion at the Paris Exhibition, 1900, and in 1906 he completed a series of ten stained glass windows for the Unitarian Memorial Church at Fairhaven, Mass.. Reid's The Martyrdom of St. Paul is located at the southwestern end of the nave of the Church of St. Paul the Apostle in New York City.

Robert Reid's murals for the Palace of Fine Arts building at the Panama–Pacific International Exposition (San Francisco, 1915) were an extraordinary tribute to the Arts. Eight huge panels graced the ceiling of the rotunda: The Four Golds of California (Golden Metal, Wheat, Citrus Fruits, and Poppies); plus Ideals in Art, Inspirations of All Arts, the Birth of European Art and Birth of Oriental Art These paintings no longer exist in San Francisco's Palace of Fine Arts, which was re-built in the 1960s, and their current whereabouts are unknown.

Reid also taught; among his pupils was Nan Sheets.