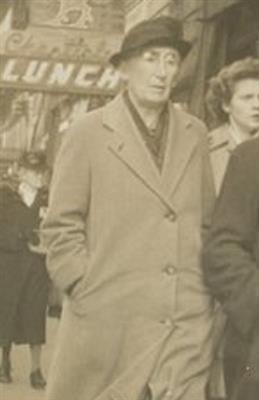 
Pailthorpe was born in St Leonards-on-Sea in Sussex in 1883. She was the third child and the only daughter among the ten children born to Edward Pailthorpe and Lavinia Green, who were both members of the Plymouth Brethren, a strict and puritanical religious sect.


Pailthorpe enrolled at the Royal College of Music in 1908 but soon decided to study medicine and by 1914 had qualified as a doctor at the Royal Victoria Infirmary in Newcastle upon Tyne with a degree awarded by Durham University. During World War I she served, with some distinction, as a surgeon at military hospitals in London, Paris and Liverpool. In 1915 she worked, alongside both Henry Tonks and John Masefield, at the Hôpital Temporaire d'Arc-en-Barrois in the Haute Marne district of France, and during 1916 Pailthorpe worked as a surgeon at the Scottish Women's Hospital in Salonika.


After the war, Pailthorpe travelled extensively across the world, including four years spent working as a district medical officer at Youanmi in Western Australia between 1918 and 1922. When she returned to England in 1922, Pailthorpe began studying psychological medicine and Freudian analysis. She started research into criminal psychology at Birmingham Prison and, in 1923, with a grant from the Medical Research Council began research at Holloway Women's Prison. The same year she had a paper on delinquent behavior published in The Lancet and became an associate member of the British Psychoanalytic Society. She proceeded to publish books and papers on the psychology of delinquency and, in 1931, established the Association for the Scientific Treatment of Criminals, which eventually became the modern day Portman Clinic, now based within the National Health Service, and the Centre for Crime and Justice Studies. The Association was the first in the world for the scientific treatment of delinquency and counted among its Vice Presidents Carl Jung, H. G. Wells and Sigmund Freud. In 1932 she published two papers on her Holloway Prison research and in 1934 resumed taking private patients for psychoanalysis.


In 1935 Pailthorpe met Reuben Mednikoff and together they began research into the psychology of art. Married and living in Port Isaac in Cornwall the couple undertook experiments in psychoanalysis and created surrealist art. Pailthorpe contributed to the International Surrealist Exhibition held in London during 1936 and also contributed to other Surrealist exhibitions and publications, such as the London Bulletin. Her paintings and drawings were greatly praised by, among others, André Breton. In 1938 Pailthorpe published The Scientific Aspect of Surrealism which was not well received by other British Surrealist artists. In this, and later works, she put forward the theory that surrealism and psychoanalysis were both means to personal liberation and the development of artistic creativity and freedom of expression. She and Mednikoff undertook analysis of each other's art to determine the associations behind each image. Regarding this as an alternative to conventional analysis, they would swop the roles of patient and analyst between themselves every fortnight. Although Pailthorpe presented the results of these unorthodox studies in lectures to colleagues, the studies were not published during her lifetime. After a series of disagreements about organisation and exhibition spaces, Pailthorpe and Mednikoff were "formally" expelled from the British Surrealist group in 1940.