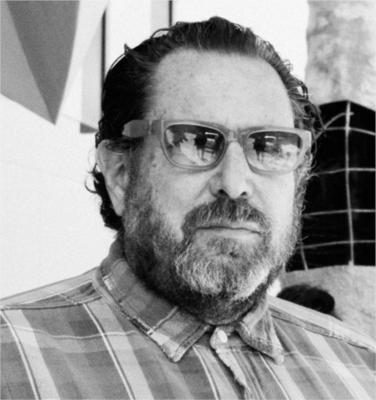 Julian Schnabel is one of the key figures of the American Neo-Expressionism, who became known for his large scale paintings that incorporated unusual materials, like wax, velvet, and broken ceramic plates. At the same time, Schnabel also became an accomplished film director: Before the Night Falls (2000) won the Grand Jury Prize at the Venice Film Festival, and The Diving Bell and The Butterfly (2006) was nominated for four Academy Awards. Even though the success of his movies at times overshadowed his accomplishments as a painter, the artist remains prolific and sees himself as a painter first and foremost.

Schnabel was born on October 26, 1951, in Brooklyn, New York, and in 1965 he moved with his parents to Brownsville, Texas. He received a BFA from the University of Houston and afterward participated in the Independent Study Program of the Whitney Museum of American Art in New York. Subsequently, he traveled to Europe, which had a profound impact on his aesthetics and artistic style. For example, his visit to Barcelona and the architecture of Antonio Gaudí inspired broken plate paintings such as The Student of Prague (1983). In the painting, Schnabel also channeled Christian ritual imagery by layering crucifixes over broken dishes and choosing a triptych structure typical of altar paintings. Religious motifs are recurring in Schnabel’s paintings partly because of his interest in art history, and his tendency to integrate different sources of inspiration into a single artwork.

From 1987, Schnabel began using written words in his art and made them the central motif of his paintings. The word selection was spontaneous and random, like in the series of paintings executed on felucca sails, Jane Birkin (1990) and Jane Birkin #2 (1990). The artist bought the sails during a 1988 trip to Egypt, and because the boat was named Jane, he decided to make the actress and singer Jane Birkin the subject of the series. The use of the written word displays his affinity for Abstract Expressionism, especially for the works of Cy Twombly, who often used words as a kind of gesture in paintings like Pan (1975).

During the 1990s, Schnabel completed his first feature film, Basquiat (1996) - a semi-biographical account of the life of fellow Neo-Expressionist and late friend Jean-Michel Basquiat. The movie also depicts the New York art scene of the late 1970s and early 1980s, the environment in which Basquiat and Schnabel found success. In Basquiat, Schnabel addressed the idea of the artist as a tortured genius. Although Schnabel himself does not fit this mold, he cultivated a public persona of a bohemian artist. This attitude and outspokenness make Schnabel a controversial figure in the art world; he is adored by some and harshly criticized by others. In more recent works, like Basic Boating (2015), Schnabel used photographic imagery as the basis of the painting to which he added bold gestural strokes.

Schnabel's artworks responded to the dry intellectualism and non-objectivity of the Minimalist and Conceptual movements, which to him were antithetical to the powerful emotional expressionism of his own painting.