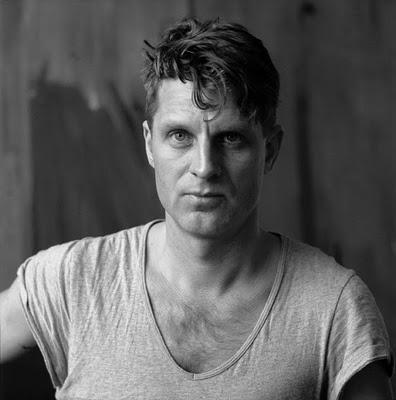 Rainer Fetting (born 31 December 1949 in Wilhelmshaven, Germany) is a German painter and sculptor.

Rainer Fetting was one of the co-founders and main protagonists of the Galerie am Moritzplatz in Berlin, founded in the late 1970s by a group of young artists (mainly painters) from the class of Karl Horst Hödicke at the former Berliner Hochschule für Bildende Künste (Berlin Art Academy, today known as Universität der Künste). This group of artists, known as the “Moritzboys” and including, among others, Salomé, Bernd Zimmer, and Helmut Middendorf, subsequently achieved international acclaim as the “Junge Wilde” or “Neue Wilde” in the early 1980s. Fetting is now one of the internationally best known contemporary German artists, having created a large oeuvre of expressive figurative paintings covering many different kinds of subject-matter, as well as many bronze sculptures.

After having been trained as a carpenter and a stage designer at the Landesbühne Niedersachsen in Wilhelmshaven, Germany, Fetting moved to Berlin and enrolled at the Berliner Hochschule für Bildende Künste, studying painting with Hans Jaenisch from 1972 through 1978. In his final year at the academy he, together with Anne Jud, Helmut Middendorf, Stefan Roloff, Berthold Schepers, Salomé and Bernd Zimmer founded the Galerie am Moritzplatz as a self-help project, in order to be able to exhibit their colorful figurative paintings in an art scene still dominated by minimalism, conceptual art, as well as Berlin Realism. The artists exhibiting at the gallery basically formed the core of the art movement that came to be known and rapidly achieved international acclaim as the „Neue Wilde“ (or „Junge Wilde“). Fetting at the time focused on Berlin cityscapes, portraits and figurative work (e.g."Van Gogh At The Wall"), painted in strong colors, and including many depictions of the Berlin Wall. In 1980 he participated in the exhibition Heftige Malerei“ in the Haus am Waldsee, Berlin, in 1981 he was part of the exhibition New Spirit in Painting organized by Christos M. Joachimides and Norman Rosenthal at the Royal Academy of Arts in London, and in 1982 he participated in the exhibition “Zeitgeist” in the Martin-Gropius-Bau, Berlin. After that he had many solo exhibitions in reputable galleries both in Europe and in the United States, such as Bruno Bischofberger, Mary Boone, Yvon Lambert, Daniel Templon, the Marlborough Gallery, New York, or Anthony d'Offay. In early 1983, the Musée d'Art Contemporain de Bordeaux presented an exhibition of collaborative works by Luciano Castelli, Fetting, and Salomé. The three artists also performed the concert »Opéra par hasard« in Bordeaux and Paris (Fetting on drums). ). In 1984 he participated in the exhibitions Von hier aus – Zwei Monate neue deutsche Kunst in Düsseldorf and An International Survey of Recent Painting and Sculpture at the MoMA, New York, in 1988 he was part of the exhibition Refigured Painting – The German Image 1960–1988 at the Guggenheim Museum, New York. Between 1983 and 1994, Fetting spent part of his time in New York City, where he had already spent a year in 1978 on a grant from the DAAD. In his paintings, Fetting continued to explore the topic of the cityscape. Starting in 1984, while in New York, he experimented with assemblages of drift wood mounted on canvas and painted over. In 1986, he also started doing bronze sculptures. His best known work is the 3,40-meters-high sculpture of former West German chancellor Willy Brandt, placed in the foyer of the SPD party headquarters in Berlin, Germany. In 2003/04 he was included in the exhibition Obsessive Malerei - Ein Rückblick auf die Neuen Wilden. Recent highlights were the solo shows “Return of the Giants. Rainer Fetting Sculptures” (2008) and "Mancapes" (2010) at Gerhard-Marcks-Haus in Bremen and at Kunsthalle Tübingen. In 2011 the museum Berlinische Galerie honored the artist Rainer Fetting with an extensive solo exhibition.