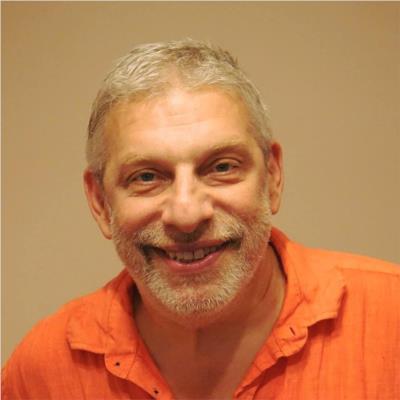 Michael Hafftka was born in New York City. Hafftka's art is in the permanent collections of The Metropolitan Museum of Art, Museum of Modern Art, Brooklyn Museum of Art, San Francisco Museum of Modern Art, Carnegie Museum of Art, National Gallery of Art, Museum of Fine Arts Houston, Marion Koogler McNay Art Museum, and other museums in the United States and around the world. In 1986 his work was exhibited at the Museum of Modern Art, NY. Housatonic Museum of Art, Connecticut, mounted a major retrospective of his large paintings in 2005 with a monograph by Professor Sam Hunter, curator of the Jewish Museum. Yeshiva University Museum at the Center For Jewish History presented a comprehensive show of old and new works in 2009. Hafftka’s series of Kabbalah Zohar paintings were shown at the Mizel Center for the Arts, Denver, Colorado in 2010. Chapman University, Orange, CA, mounted a solo show of Hafftka Aleph-Bet, which is in the Phyllis and Ross Escalette Permanent Collection, in 2012. Hafftka has been collaborating with poets and writers, most notably William Gass and Tom Sleigh, which were published in The Yale Review and Blackbird. Hafftka’s work has been written about extensively by art historian and curator Professor Sam Hunter, Princeton, and John Caldwell NYT critic and SFMOMA curator and Michael Brodsky, author.

Hafftka was born in Manhattan (1953) to Eva and Simon Hafftka, European refugees and Holocaust survivors. He was raised in the Bronx and attended public schools.

His first one-person show was at Art Galaxy. Among the New York galleries that subsequently have featured his work are: the Rosa Esman Gallery, the Aberbach Gallery, the Mary Ryan Gallery, and the DiLaurenti Gallery. He has also exhibited widely in the United States and abroad.

The Housatonic Museum of Art mounted a retrospective in October 2004.

Yeshiva University Museum at the Center for Jewish History in New York held a solo exhibition I of the Storm, a major show of recent works, March through August 2009.