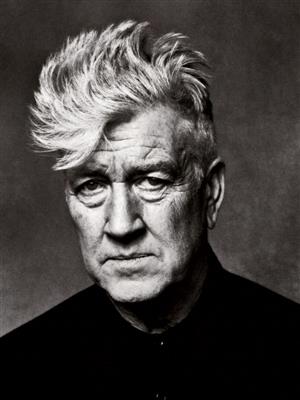 David Lynch is an American filmmaker, painter, actor, photographer and musician. He is most well known for his films, but he originally trained in painting before he ventured into filmmaking and in 2017 he publicly stated that it is uncertain if he would return to making film after he completed Twin Peaks: The Return and is now concentrating his creative efforts into his painting and music. His work is heavily influenced by painter Francis Bacon, which is mostly seen in his paintings, and the books of Franz Kafka.

David Keith Lynch (born January 20, 1946) is an American filmmaker, painter, musician, actor, and photographer. He has been described by The Guardian as "the most important director of this era", while AllMovie called him "the Renaissance man of modern American filmmaking". His films Blue Velvet (1986) and Mulholland Drive (2001) are widely regarded by critics to be among the greatest films of their respective decades, while the success of his 1990–91 television series Twin Peaks led to his being labeled "the first popular Surrealist" by film critic Pauline Kael. He has received three Academy Award nominations for Best Director, and has won France's César Award for Best Foreign Film twice, as well as the Palme d'Or at the Cannes Film Festival and a Golden Lion award for lifetime achievement at the Venice Film Festival.


Born to a middle-class family in Missoula, Montana, Lynch spent his childhood traveling around the United States before he studied painting at the Pennsylvania Academy of Fine Arts in Philadelphia, where he first made the transition to producing short films. He moved to Los Angeles, where he produced his first motion picture, the surrealist horror film Eraserhead (1977). After Eraserhead became a cult classic on the midnight movie circuit, Lynch was employed to direct the biographical film The Elephant Man (1980), from which he gained mainstream success. He was then employed by the De Laurentiis Entertainment Group and proceeded to make two films: the science-fiction epic Dune (1984), which proved to be a critical and commercial failure, and then a neo-noir mystery film Blue Velvet (1986), which stirred controversy over its violence but later grew in critical reputation.


Next, Lynch created his own television series with Mark Frost, the popular murder mystery Twin Peaks (1990–1991). He also created a cinematic prequel, Twin Peaks: Fire Walk with Me (1992), a road film Wild at Heart (1990) and a family film The Straight Story (1999) in the same period. Turning further towards surrealist filmmaking, three of his subsequent films operated on dream logic non-linear narrative structures: Lost Highway (1997), Mulholland Drive (2001), and Inland Empire (2006). Meanwhile, Lynch embraced the Internet as a medium, producing several web-based shows, such as the animated DumbLand (2002) and the surreal sitcom Rabbits (2002). Lynch and Frost reunited for the Showtime limited series Twin Peaks: The Return (2017), with Lynch co-writing and directing every episode.


Lynch's other artistic endeavours include: his work as a musician, encompassing two solo albums—Crazy Clown Time (2011) and The Big Dream (2013)—as well as music and sound design for a variety of his films; painting and photography; writing three books—Images (1994), Catching the Big Fish (2006), and Room to Dream; and directing several music videos and advertisements, including the Dior promotional film Lady Blue Shanghai (2006). An avid practitioner of Transcendental Meditation (TM), Lynch founded the David Lynch Foundation in 2005, which sought to fund the teaching of TM in schools and has since widened its scope to other at-risk populations, including the homeless, veterans and refugees.


Lynch was born in Missoula, Montana on January 20, 1946. His father, Donald Walton Lynch (1915–2007), was a research scientist working for the U.S. Department of Agriculture, and his mother, Edwina "Sunny" Lynch (née Sundholm; 1919–2004), was an English language tutor. Two of Lynch's maternal great-grandparents were Finnish, and had immigrated to the United States from Finland in the 19th century. Lynch was raised a Presbyterian.