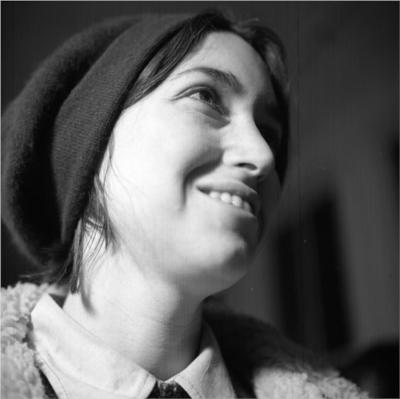 Joyce Kozloff is an American artist commonly associated with the Pattern and Decoration movement of the 1970s and, since the early 1990s, with cartographic art. Born in Somerville, New Jersey in 1942, she received a BFA from Carnegie Mellon University, Pittsburgh, PA in 1964 and an MFA from Columbia University in 1967. Kozloff was a co-founder in both the Pattern and Decoration and the feminist art movement of the 1970s and has been active in the women’s and peace movements throughout her life.

Joyce Kozloff (born 1942) is an American artist whose politically engaged work has been based on cartography since the early 1990s.

Kozloff was one of the original members of the Pattern and Decoration movement and was an early artist in the 1970s feminist art movements. She has been active in the women's and peace movements throughout her life. She was also a founding member of the Heresies collective.

Joyce Blumberg was born to Adele Rosenberg and Leonard Blumberg on December 14, 1942 in Somerville, New Jersey. Leonard, born in New Jersey, was an attorney. Adele was active in community organizations. Both of her parent's families had emigrated from Lithuania. She had two younger brothers, Bruce and Allen.

She joined with other women in the arts in 1971 to form the Los Angeles Council of Women Artists, a group that organized the first protests about the lack of women included in the Los Angeles County Museum of Art’s exhibitions and collections. Upon returning to New York, Kozloff continued to be active in the women artists’ movement. She joined the Ad Hoc Committee of Women Artists and was a founding member of the Heresies Collective in 1975, which produced Heresies: A Feminist Publication on Art and Politics, a quarterly magazine about feminism, art and politics.

In the summer of 1973 Kozloff lived in Mexico, in 1975 she visited Morocco and three years later, visited Turkey. She has traveled widely ever since. During her visits she studies their "decorative traditions" and the cultural significance of ornament. When Kozloff first realized, in the early 70s, that the decorative arts were the domain of women and non-western artists, she understood that the hierarchy among the arts had privileged the production of European and American men. This fueled her position as a feminist and inspired her interest in pattern design.

Kozloff was mentored and inspired by Miriam Schapiro, Nancy Spero, Ida Applebroog and May Stevens.

Beginning in 1973, wishing to break down the western hierarchy between "high art" and decoration, Kozloff created large paintings, drawing upon worldwide patterns, juxtaposing ornamental passages across an expansive field. In 1975, she began to meet with artists Miriam Schapiro, Tony Robbin, Robert Zakanitch, Robert Kushner, Valerie Jaudon and others pursuing related ideas; they formed the Pattern and Decoration movement. During the late 1970s, she produced An Interior Decorated, an installation composed of hanging silkscreen textile panels; hand painted, glazed tile pilasters; lithographs on Chinese silk paper; and a tiled floor composed of thousands of individually executed images on interlocking stars and hexagons. The project was redesigned for every space in which it was exhibited in 1979 and 1980. Just as her paintings had nonwestern origins, for this installation, she compiled a personal, visual anthology of the decorative arts from dozens of sources, including Caucasian kilims, İznik and Catalan tiles, Seljuk brickwork, and Native American pottery. "An Interior Decorated is where painting meets architecture, where art meets craft, where personal commitment meets public art," wrote Carrie Rickey, art critic.