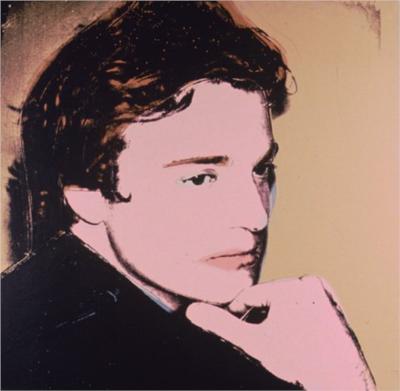 James Browning Wyeth (born July 6, 1946) is a contemporary American realist painter, son of Andrew Wyeth, and grandson of N.C. Wyeth. He was raised in Chadds Ford Township, Pennsylvania, and is artistic heir to the Brandywine School tradition - painters who worked in the rural Brandywine River area of Delaware and Pennsylvania, portraying its people, animals, and landscape.

James Wyeth is the second child of Andrew and Betsy Wyeth, born three years after brother Nicholas, his only sibling. He was raised on his parents' farm "The Mill" in Chadds Ford, Pennsylvania, in much the same way as his father had been brought up, and with much the same influences. He demonstrated the same remarkable skills in drawing as his father had done at comparable ages. He attended public school for six years and then, at his request was privately tutored at home, so he could concentrate on art. His brother Nicholas would later become an art dealer.

At age 12, Jamie studied with his aunt Carolyn Wyeth, a well-known artist in her own right, and the resident at that time of the N. C. Wyeth House and Studio, filled with the art work and props of his grandfather. In the morning he studied English and history at his home, and in the afternoon joined other students at the studio, learning fundamentals of drawing and composition. He stated later, "She was very restrictive. It wasn't interesting, but it was important." Through his aunt, Jamie developed an interest in working with oil painting, a medium he enjoyed at a sensory level: the look, smell and feel of it. Carolyn Wyeth and Howard Pyle were his greatest early influences in developing his technique in working with oil paint. While Jamie's work in watercolor was similar to his father's, his colors were more vivid.

As a boy, Jamie was exposed to art in many ways: the works of his talented family members, art books, attendance at exhibitions, meeting with collectors, and becoming acquainted with art historians. He also developed an offbeat sense of humor, sometimes veering to the macabre.

For at least three years in the early 1960s, when Wyeth was in his middle to late teens, Wyeth painted with his father. Of their close relationship, Wyeth has said: "Quite simply, Andrew Wyeth is my closest friend—and the painter whose work I most admire. The father/son relationship goes out the window when we talk about one another's work. We are completely frank—as we have nothing to gain by being nice." At age 19 [about 1965] he traveled to New York City, to better study the artistic resources of the city and to learn human anatomy by visiting the city morgue.

In 1968, Wyeth married Phyllis Mills, daughter of Alice du Pont Mills and James P. Mills and one of his models. Although she had been permanently crippled in a car accident and used crutches (and later a motorized chair) to get around, Wyeth found her to be a strong, determined woman whose elusive nature meant that he continually discovered something new about her. Mills is the subject of many of his paintings (which usually depict her seated) including And Then into the Deep Gorge (1975), Wicker (1979), and Whale (1978), as well as, by implication, his painting of Phyllis’ hat in Wolfbane (1984).