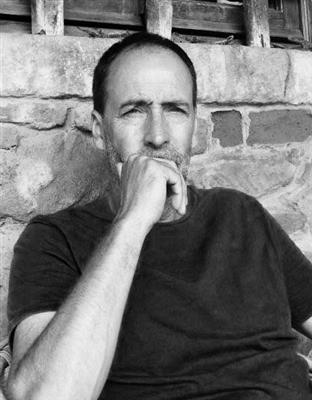 Martin Yeoman (born 1953) is an English painter and draughtsman who drew members of the British Royal Family. He was commissioned to draw the Queen's grandchildren and accompanied Charles, Prince of Wales, on overseas tours as tour artist. He is described as one of the finest draughtsmen working today and is a member of Senior Faculty at the Royal Drawing School.


Yeoman was born in Surrey in 1953. In 1973, Yeoman sold his drawings in India and Pakistan before returning to England to attend art school. He was Peter Greenham's guest student at the Royal Academy Schools. Yeoman's work was first discovered by the Art Collector Sir Brinsley Ford at the premiums exhibition of second year students' work. Yeoman won the Silver Medal for Drawing, the David Murray Landscape Scholarship, and the Richard Ford Scholarship which allowed him to study abroad in Spain.


In November 1986, Yeoman accompanied Charles, Prince of Wales, on an official tour of the Gulf States to teach the prince to paint. A few months later, Yeoman returned to the Gulf States under the sponsorship of Sheikh Khalifa of Qatar. The trip also included visiting North Yemen. Yeoman was invited by Charles, Prince of Wales on further official tours, one to Hong Kong in November 1989 and India and Nepal in February 1992.


In 1992, he was commissioned by the Royal Household to draw the grandchildren of Queen Elizabeth II to honour the 40th anniversary of her reign. The drawings were later shown on the Royal Landing at the National Portrait Gallery in 1993. The drawings are now housed in the Royal Collection at Windsor Castle.


His painting, Salisbury Cathedral, created in 1994, is housed in the collection of Mompesson House in Wiltshire.


Yeoman's painting of Sir James Whyte Black was commissioned by The National Portrait Gallery in 1994 for their permanent collection.


In 1996, Yeoman worked in Yemen on a series of etchings to be used in Tim Mackintosh-Smith's first book Yemen: travels in Dictionary Land. The British Council organised an exhibition of Yeoman's work in the capital Sanaa.


His painting of D-Day pilot Laurence 'Laurie' Weeden was commissioned by Charles, Prince of Wales, for the exhibition "The Last of the Tide" at the Queen's Gallery in Buckingham Palace.


One of Yeoman's self-portraits was bought by the Ruth Borchard Collection in 2016. Yeoman occasionally teaches drawing and painting at the Royal Drawing School and is an elected member of the New English Art Club and Royal Society of Portrait Painters.


Yeoman won the Ondaatje Prize for portraiture in 2002 and the Doreen McIntosh Prize in 2016.