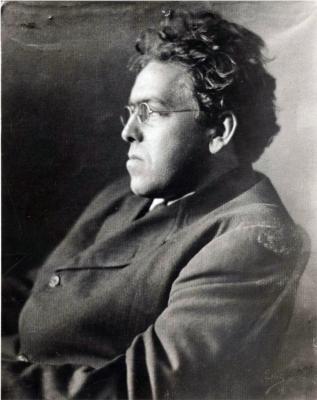 Newell Convers Wyeth (October 22, 1882 – October 19, 1945), known as N. C. Wyeth, was an American artist and illustrator. He was the pupil of artist Howard Pyle and became one of America's greatest illustrators. During his lifetime, Wyeth created over 3,000 paintings and illustrated 112 books, 25 of them for Scribner's, the Scribner Classics, which is the work for which he is best known. The first of these, Treasure Island, was one of his masterpieces and the proceeds paid for his studio. Wyeth was a realist painter just as the camera and photography began to compete with his craft. Sometimes seen as melodramatic, his illustrations were designed to be understood quickly. Wyeth, who was both a painter and an illustrator, understood the difference, and said in 1908, "Painting and illustration cannot be mixed—one cannot merge from one into the other."

He is notably the father of Andrew Wyeth and the grandfather of Jamie Wyeth, both celebrated American painters.

Wyeth was born in Needham, Massachusetts. An ancestor, Nicholas Wyeth, a stonemason, came to Massachusetts from England in 1645. Later ancestors were prominent participants in the French and Indian Wars, the Revolutionary War, the War of 1812, and the American Civil War, passing down rich oral histories and tradition to Wyeth and his family and providing subject matter for his art, which was deeply felt. His maternal ancestors came from Switzerland, and during his childhood, his mother was acquainted with literary giants Henry David Thoreau and Henry Wadsworth Longfellow. His literary appreciation and artistic talents appear to have come from her.

He was the oldest of four brothers who spent much time hunting, fishing, and enjoying other outdoor pursuits, and doing chores on their farm. His varied youthful activities and his naturally astute sense of observation later aided the authenticity of his illustrations and obviated the need for models: "When I paint a figure on horseback, a man plowing, or a woman buffeted by the wind, I have an acute sense of the muscle strain."

His mother encouraged his early inclination toward art. Wyeth was doing excellent watercolor paintings by the age of twelve. He went to Mechanics Arts School to learn drafting, and then Massachusetts Normal Art School, now Massachusetts College of Art and Design, where painting instructor Richard Andrew advised him to become an illustrator, and then the Eric Pape School of Art to learn illustration, under George Loftus Noyes and Charles W. Reed.

When two of his friends were accepted to Howard Pyle's School of Art in Wilmington, Delaware and Chadds Ford, Pennsylvania, Wyeth was invited to try to join them in 1902. Pyle was the "father" of American illustration, and Wyeth immediately meshed with his methods and ideals. Pyle's approach included excursions to historical sites and impromptu dramas using props and costumes, meant to stimulate imagination, emotion, atmosphere, and the observation of humans in action—all necessities for his style of illustration. Pyle stressed historical accuracy and tinged it with a romantic aura. But where Pyle painted in exquisite detail, Wyeth veered toward looser, quicker strokes and relied on ominous shadows and moody backgrounds. He probably picked up his glazing technique from Pyle.