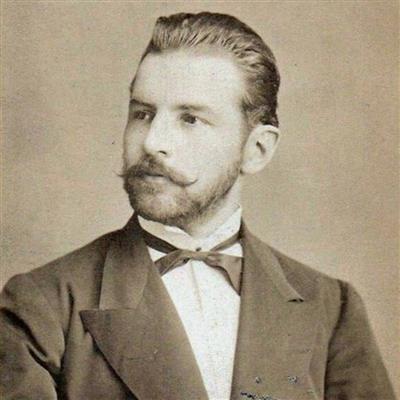 Joseph Urbania (also Josef Urbanija or Josip Vrbanija) (February 16, 1877 – June 10, 1943) was a 20th Century Slovene Sculptor, who lived and worked in Austria for much of his life. His media was large-scale wood, stone, bronze and plaster religious sculptures for European cathedrals.

Joseph Urbania's mother Lucija was a housekeeper in the home of sculptor Franz Ksaver (1821–1888), who was the father of renowned sculptor Ivan Zajec. Urbania’s father Josip Groselj (1854-1941) was one of his son’s early teachers and an artistic assistant and heir to the senior Zajec workshop. Zajec’s influence can be seen in much of Urbania’s early work.

At age 21, Joseph Urbania joined the Slovenian Army, during which time he was commissioned by Captain H. Wesshuber, to carve a large figure called “Homeland” (exhibited in Ljubljana, 1903). Upon completion of his military service - and with the savings from his art commissions - Urbania emigrated to Austria and settled in Vienna to study and work. From 1906–1914, with the commissioned support of the Viennese Provincial Committee, Urbania resumed his full-time study of painting, drawing and sculpture at the Heinrich Strehblow Akademie of Arts (now called Akadamie D. Bildenden Künste or Academy of Fine Arts Vienna) under sculpture Professor Hans Bitterlich (1860-1949).

In a discussion of Urbania and other sculptors of the early 20th Century, Mateja Breščak, the Chief Curator of the National Gallery of Slovenia, said, “students at the Vienna Academy – after acquiring basic sculpting skills from professors Edmund Hellmer, Caspar von Zumbusch, Karl Kundmann and Hans Bitterlich – were familiarized with religious motifs, but all turned toward secular motifs.” Nonetheless, she said, “the sculpture of that time did not merge into artistic societies with common ideological goals.” Instead, she said, “The Slovenian sculptors between 1890 and 1920 worked in an academically realistic, neo-baroque, neo-classical style, while they focused on social, mythological, biblical, historical and poetic motifs. The most visible and most influential sculptural personality of this new era is certainly Auguste Rodin, who also influenced our sculptors.”

While living in Vienna, Urbania produced commissioned sculpture and paintings and exhibited his work there. He began to be recognized publicly for his achievements and received the Gundel Art Prize for sculpture in 1910 and the Preleuthner Prize in 1912. Urbania lived briefly in Sarajevo in 1915-1918 where, together with a team of artists, he created a monument to WWI soldiers at the Kovaci Cemetery. After the war, he relocated permanently to Vienna where he lived and worked until his death in 1943.

Before WWI, Urbania began to produce anti-war allegory works. His massive wood-carving “The Last Battle” (1905), a scene from the Russo-Japanese War, was donated to the Dežel Museum in 1906 and is now on display at the National Gallery of Slovenia. Other anti-war pieces include: “Hail Caesar” (1915) “After the Battle” (1908) and “Hannibal at the Gates” (1908). His large carved-wood relief “Z Doma” (or “Far from Home”, 1908) was a sentimental self-portrait framed in branches and leaves.

In 1914, Urbania created but never finished the gigantic plaster figures “Spring and Effort” (also called “Water and Electricity”) for the cancelled Provincial House in Ljubljana (the plasters are currently disassembled in the National Gallery). His figure “Passages of the Danube” was commissioned for the Michaelerplatz, in Vienna, but was removed during WWII and is now missing.