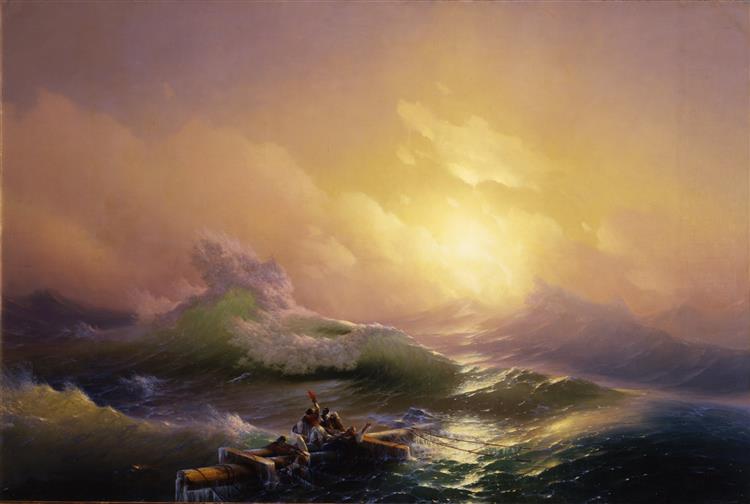 The Ninth Wave (Russian: Девятый вал, Dyevyatiy val) is an 1850 painting by the Russian Armenian marine painter Ivan Aivazovsky. It is his best known work.

The title refers to an old sailing expression referring to a wave of incredible size that comes after a succession of incrementally larger waves.

It depicts a sea after a night storm and people facing death attempting to save themselves by clinging to debris from a wrecked ship. The debris, in the shape of the cross, appears to be a Christian metaphor for salvation from the earthly sin. The painting has warm tones, which reduce the sea's apparent menacing overtones and a chance for the people to survive seems plausible. This painting shows the destructive side, and beauty of nature.