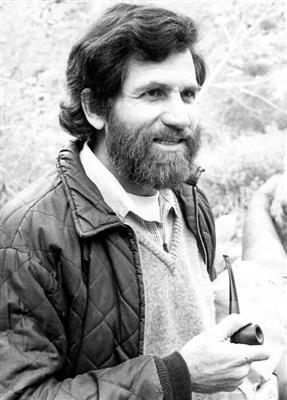 Allan Kaprow (August 23, 1927 – April 5, 2006) was an American painter, assemblagist and a pioneer in establishing the concepts of performance art. He helped to develop the "Environment" and "Happening" in the late 1950s and 1960s, as well as their theory. His Happenings — some 200 of them — evolved over the years. Eventually Kaprow shifted his practice into what he called "Activities", intimately scaled pieces for one or several players, devoted to the study of normal human activity in a way congruent to ordinary life. Fluxus, performance art, and installation art were, in turn, influenced by his work.


Kaprow began his early education in Tucson, Arizona where he attended boarding school.
Later he would attend the High School of Music and Art in New York where his fellow students were the artists Wolf Kahn, Rachel Rosenthal and the future New York gallerist Virginia Zabriskie.
As an undergraduate at New York University, Kaprow was influenced by John Dewey's book Art as Experience. He studied in the arts and philosophy as a graduate student. He received his MA degree from Columbia University in art history. He started in the Hans Hofmann School of Fine Arts in 1947. It was here that he started with a style of action painting, which greatly influenced his Happenings pieces in years to come. He went on to study composition with John Cage in his class at the New School for Social Research, painting with Hans Hofmann, and art history with Meyer Schapiro. Kaprow started his studio career as a painter, and later co-founded the Hansa and Reuben Galleries in New York and became the director of the Judson Gallery. With John Cage's influence, he became less and less focused on the product of painting, and instead on the action.


Kaprow began teaching at Rutgers University in 1953. While there, he helped to create the Fluxus group, along with professors Robert Watts, Geoffrey Hendricks and Roy Lichtenstein, artists George Brecht and George Segal, and undergraduates Lucas Samaras and Robert Whitman. Through a long teaching career, he taught at Rutgers until 1961, Pratt Institute from 1960 to 1961, the State University of New York at Stony Brook from 1961 to 1966, and the California Institute of the Arts from 1966 to 1974, before serving as a full-time faculty member at the University of California, San Diego, where he taught from 1974 to 1993.


In 1958, Kaprow published the essay "The Legacy of Jackson Pollock". In it he demands a "concrete art" made of everyday materials such as "paint, chairs, food, electric and neon lights, smoke, water, old socks, a dog, movies." In this particular text, he uses the term "happening" for the first time stating that craftsmanship and permanence should be forgotten and perishable materials should be used in art.


The "Happenings" first started as tightly scripted events, in which the audience and performers followed cues to experience the art. To Kaprow, a Happening was "A game, an adventure, a number of activities engaged in by participants for the sake of playing." Furthermore, Kaprow says that the Happenings were "events that, put simply, happen." There was no structured beginning, middle, or end, and there was no distinction or hierarchy between artist and viewer. It was the viewer's reaction that decided the art piece, making each Happening a unique experience that cannot be replicated. These "Happenings" represent what we now call New Media Art. It is participatory and interactive, with the goal of tearing down the wall a.k.a. "the fourth wall" between artist and observers, so observers are not just "reading" the piece, but also interacting with it, becoming part of the art.