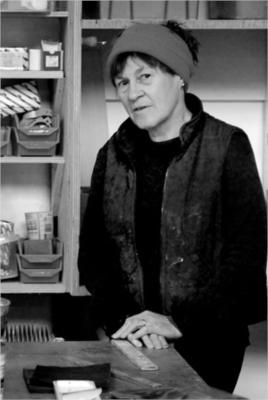 Born in Blackburn in Lancashire, Wilding studied at the Nottingham College of Art, the Ravensbourne College of Art and Design in Chislehurst and, from 1970 to 1973, the Royal College of Art in London. She rose to prominence around the late 1970s.

Wilding's early works are multi-media installations, but she is best known for her later abstract sculptures which use a wide variety of materials: as well as traditional materials such as wood, stone and bronze, she has used steel, wax, silk and other materials. These are often used in unusual combinations: Stormy Weather (1987), for example, is made from pigment, beeswax and oil rubbed into galvanised steel.

In 1991, a major retrospective of Wilding's work, Alison Wilding: Immersion – Sculpture from Ten Years, was held at Tate Liverpool. She was nominated for the Turner Prize in 1988 and 1992, and made a Royal Academician in 1999. Her only large-scale public artwork "Ambit" was installed in the River Wear at Sunderland in 1999, taking the form of a necklace of stainless-steel tubes floting in the river, and lit up from underwater at night. It was subsequently exhibited in the Manchester Ship Canal and is now in storage.