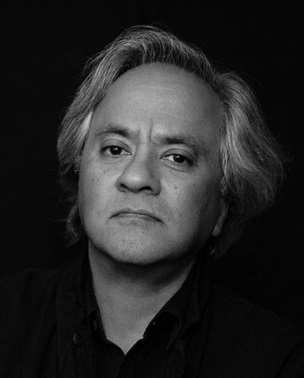 Sir Anish Mikhail Kapoor, CBE, RA (born 12 March 1954) is a British sculptor. Born in Bombay, Kapoor has lived and worked in London since the early 1970s when he moved to study art, first at the Hornsey College of Art and later at the Chelsea School of Art and Design.

He represented Britain in the XLIV Venice Biennale in 1990, when he was awarded the Premio Duemila Prize. In 1991, he received the Turner Prize and in 2002 received the Unilever Commission for the Turbine Hall at Tate Modern. Notable public sculptures include Cloud Gate (colloquially known as "the Bean") in Chicago's Millennium Park; Sky Mirror, exhibited at the Rockefeller Center in New York City in 2006 and Kensington Gardens in London in 2010; Temenos, at Middlehaven, Middlesbrough; Leviathan, at the Grand Palais in Paris in 2011; and ArcelorMittal Orbit, commissioned as a permanent artwork for London's Olympic Park and completed in 2012. In 2017 Kapoor designed the statuette for the 2018 Brit Awards.

Kapoor received a knighthood in the 2013 Birthday Honours for services to visual arts. He was awarded an honorary doctorate degree from the University of Oxford in 2014. In 2012, he was awarded the Padma Bhushan by the Indian government which is India's third-highest civilian award. An image of Kapoor features in the British cultural icons section of the newly designed British passport in 2015. In 2016, he was announced as a recipient of the LennonOno Grant for Peace. In February 2017 Kapoor, who describes himself as Jewish, was announced as the recipient of the USD$1 million Genesis Prize, which "recognises individuals who have attained excellence and international renown in their fields and whose actions and achievements express a commitment to Jewish values, the Jewish community and the State of Israel”.

Anish Kapoor was born in Bombay, India (now Mumbai), to a Hindu father and a Jewish mother whose family immigrated from Baghdad when she was a few months old. According to Kapoor, his mother had an Indian-Jewish upbringing, her father being the cantor of the synagogue in Pune. At this time, Baghdadi Jews constituted the majority of the Jewish community in Mumbai. His father, from a Hindu Punjabi family, was a hydrographer and applied physicist in the Indian Navy. Kapoor is the brother of Canada-based academic Ilan Kapoor.

Kapoor attended The Doon School, an all-boys boarding school in Dehradun, then in the state of Uttar Pradesh, India. He is said to have "hated" his time at Doon. In 1971–1973, he travelled to Israel with one of his two brothers, initially living on a kibbutz. He began to study electrical engineering, but had trouble with mathematics and quit after six months. In Israel, he decided to become an artist. In 1973, he left for Britain to attend Hornsey College of Art and Chelsea School of Art and Design. There he found a role model in Paul Neagu, an artist who provided a meaning to what he was doing. Kapoor went on to teach at Wolverhampton Polytechnic in 1979 and in 1982 was Artist in Residence at the Walker Art Gallery, Liverpool. He has lived and worked in London since the early 1970s.