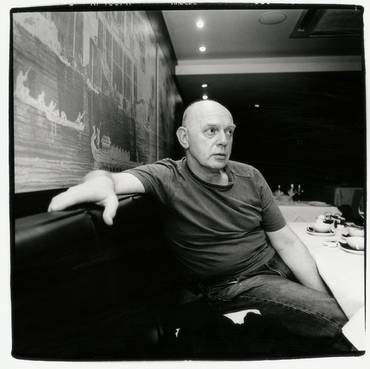 Richard Deacon CBE (born 15 August 1949) is a British abstract sculptor, and a winner of the Turner Prize.

Deacon's work is abstract, but often alludes to anatomical functions. His works are often constructed from everyday materials such as laminated plywood, and he calls himself a "fabricator" rather than a "sculptor". His early pieces are typically made up of sleek curved forms, with later works sometimes more bulky.

Deacon's body of work includes small-scale works suitable for showing in art galleries, as well as much larger pieces shown in sculpture gardens and objects made for specific events, such as dance performances.

Deacon won the Turner Prize in 1987 (nominated for his touring show For Those Who Have Eyes) having previously been nominated in 1984.

Deacon was made a Commander of the Order of the British Empire (CBE) in the 1999 New Year Honours List. In 2007, he represented Wales at the Venice Biennale. He was one of the five artists shortlisted for the Angel of the South project in January 2008.

Tate held a retrospective show of his work in 2014. In 2017 Deacon won the "Ernst Franz Vogelmann-Preis für Skulptur", Heilbronn.